A Beginner’s Guide to Hydroponics 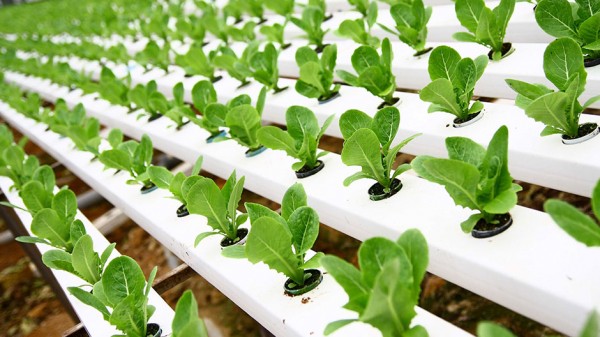 Fundamentals of Household Farming and its Benefits

How to Deal With Ingrown Toenails

If you’ve ever thought of just growing a plant in a vase full of water – much as if you’d want a cut rose to stay fresh, then you’ve already tried to do a simple, idealistic version of hydroponics.

Hydroponics is a practical branch of agricultural science, where plants are grown without soil, and with the aid of a mineral or nutrient solution, normally dissolved in water.

Why is it so important?

It’s no secret that our population will grow larger. And with that, land that can be used for agriculture will definitely decline. Hydroponic systems will give us the chance to grow plants in places where you normally can’t even think of growing plants, from rooftops to underground chambers, and everything in between.
It can be as simple as you wanting to grow your own vegetables, and not having a backyard to do it in. And that’s what we’ll look at with this article.

As environmental wellness is an equally important dimension to promote overall wellness, hydroponics contribute to further increasing our awareness to the importance of sustainability of natural resources. When compared alongside other forms of cultivation, hydroponics is proven not to cause any negative effects on the environment.

What are the benefits?

In historical terms, hydroculture has already been in use for decades, and probably for hundreds of years, in naturally arid regions of the world, such as Arizona or the Middle East. It can also be of benefit in places where there isn’t enough land, such as island communities, or places where food-grade plants wouldn’t normally thrive, such as the near-Arctic or Arctic parts of the world. Recently, hydroponics has grown popular in the urban setting, as people are looking at maximizing their food production even if there literally isn’t any soil left, thanks to urban development.

Here are some of the benefits of hydroponics, in terms of resources:

It maximizes the use of water

A hydroponic system will allow for almost none of the water to run to waste, as water and nutrient solutions can be used repeatedly. In places where water is a premium, such as deserts, this can significantly have an impact on resource control. In fact, only 25% of the mineral and nutrient requirements of a normal plant in soil are needed for a hydroponic solution

Pesticide use will dwindle

Given the controlled environment, there will be little or no use of pesticides, contributing less chemical pollution.

Transportation costs will be minimized

Think about it: there would be no need for long-range transport costs, if your food were being grown locally regardless of there being enough soil or not.

Plants grow at half the time

With direct access to nutrients and water, hydroponically grown plants will mature faster.

What are the different hydroponic growing systems?

This type of support system uses a medium that provides stability for the plant roots. It’s a two-step system, where the water and nutrient solution is pumped into the main tray, and the excess drains back to a reservoir, which is connected to the pump in the first place. This is good for small plants like herbs, and works well in the home setting. A similar system is known as the Drip System, but in that case, the spray is replaced by many drop tubes that are put on top of the plants. Wick systems have the lowest cost for systems similar to this, as in this case, a nylon rope is tied to the roots, and then the other end dangles down to the nutrient solution. The solution will then go up to the roots by capillary action – no need for air pumps.

Also Read   How Alcohol Affects You and Your Health

Aeroponics
This is a water-based system that requires no medium. Instead, the plants are suspended, with their roots hanging below. The plants are then placed over another tray with some water and a mineral and nutrient solution. A pump then sprays a fine mist on the plant and roots continuously, with the drippings going back to the reservoir. This is quite possibly the hardest to set up, but can be used for extensive farming. A more advanced version of this is Fogponics, where the mist has become a fog, with 5- to 10-micron droplets.

Like aeroponics, this growing system requires no medium. The plants are set up on angled channels covered with polyethylene film, so that the mineral and nutrient water solution can be pumped to the top, then collected at the bottom, for a continuous pumping cycle. This type of system works well for plants with large root systems.

Static solution systems have plants growing in bottles or containers full of nutrient solution, which are then aerated. If no aeration is done, the solution levels are usually kept low enough so that part of the roots can absorb oxygen. Another version of this has the plants on floaters, floating in the solution. This is also similar to Deep Water Culture, which uses the aeration to boost plant growth, not just to deliver the proper balance. Bubbleponics is an even more effective version, where the already-aerated solution is then pumped up to the top of the roots.

Also Read   Quick Fixes to Look Like You Haven’t Cried

This kind of growing system is one of the simpler kinds: a water and nutrient solution periodically applied to the medium surface, such as Rockwool or perlite. The excess “waste” can then be treated and filtered for reuse. This system works well with vegetables like cucumbers and tomatoes.

This system puts plants in a barrel-like rotating device. Light bulbs are located at the center of the rotating circle, and the plants are periodically watered with a nutrient solution. Due to the changing gravitic forces, the plants grow faster and larger, making it one of the most effective hydroponics systems created.

Best Ingredients to Use for Natural Skin Care Routine

Water-Rich Foods You Should Be Eating Now