3 Ways On How To Lose Weight Fast And Safely 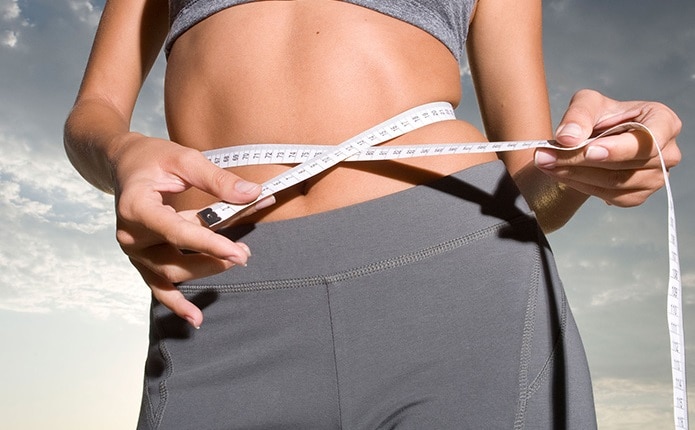 People want to lose weight for total health and wellness; however, while it weight loss by fat ideally follows a handful of contributing factors, such as age, genetics, and lifestyle,  many desire to achieve their desired body figure within a faster span of time.

Say no to “fad diets”

A fad diet is a weight loss plan or aid that promises dramatic results, as defined by Family Doctor. According to the publication, such diets do not usually result in long term weight loss. In fact, these diet modification plans are viewed as unhealthy, as they can pose mild to serious health threats. Despite health risks, fad diets are popular, as people are eager to try things that give promise of losing weight, looking better, and feeling better. Some people engage with such kinds of diet, since they are also concerned about having weight-related illnesses like diabetes, hypertension, and heart diseases.

Examples of fad diets include controlled carbohydrates like Protein Power and Sugar Busters, high carbohydrate and low fat like the Good Carbohydrate Revolution and the Pritikin Principle, controlled portion sizes like Dr. Shapiro’s Picture Perfect Weight Loss and Volumetrics Weight Control Plan, food combining like Fit for Life and Suzanne Somers’ Somersizing, liquid diets like Cambridge Diet and Slim-Fast, and diet pills and herbal remedies like Hydroxycut and Metabolife 356. Other samples of fad diets include macrobiotics and Eat Right For Your Type: The Blood Type Diet.

According to Web MD, one should focus on eating fruits, vegetables, skinless chicken breasts, fish and shellfish, egg whites and soy products, and non-fat dairy foods. In line with protein sources, one should consume a 95 percent lean meat.

One should lose about one to two pounds if he can burn 500 more calories more than he eats everyday for a week, according to Web MD. As per the publication, the combination of eating less and exercising more is vital to losing weight by fat faster. A case in point is taking 1,050 to 1,200 calories a day and exercising for one hour a day. This can be adjusted depending on one’s weight; however, one should not reduce the calories further, as it is dangerous to the health. By doing this routine, one could lose three to five pounds in the first week.

Losing weight by fluids can also be done by limiting salt and starch. NBC’s “The Biggest Loser” show Michael Dansinger said that when one reduced sodium and cut starches, he reduced fluids and fluid retention, which could result in up to five pounds of fluid loss when one got started.

With regular exercise and proper diet done on a constant approach, one is expected to lose weight by fat fast. According to Authority Nutrition, sticking to the right diet and workout routine would result to losing five to ten pounds of weight or more in the first week, which is followed by a consistent weight loss in the succeeding weeks. As per the publication, those who are new to dieting are the ones who will experience faster rate of weight loss, as the more weight one had to lose, the faster he would lose it. Additionally, it could feel slightly strange in the first few days, but people later reported sense of wellness, vigor, and optimism, following the weight loss.

Losing weight cannot be achieved overnight or just even in a few days; discipline and dedication are two among the major pillars of losing fat. Without them, a person will not be able to achieve his desired body figure.

In addition to the aforementioned methods of faster weight loss by fat, one should also integrate regular exercise, adequate sleep and rest, and right attitude.

How to Improve Eyesight Naturally

What You Need to Know About Retin-Alts

Get Rid of Forehead Bumps

The Benefits of a Proper Colon Cleanse