What are the Symptoms of Vitamin B1 Deficiency? 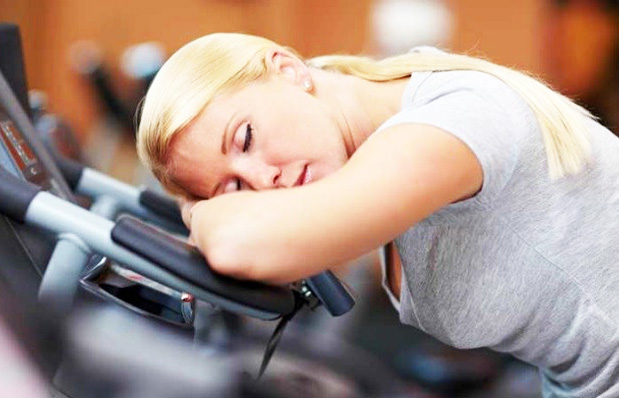 It’s very important for anyone to opt for a well-balanced meal, which means that it contains a variety of foods that supply all of the nutrients that the body needs for normal functioning. Otherwise, a number of nutritional deficiencies may strike. One problem that you may encounter if you have poor eating habits is vitamin B1 deficiency.

Want to make sure that your health stays optimal? Then read on. Below you will find some of the telltale signs that you may be suffering from vitamin B1 deficiency. After checking out this article, share it so that your health-conscious relatives and friends may also get to know these signs, enabling them to take the necessary action right away.

Vitamin B1 is also sometimes referred to as thiamine. This member of the B group of vitamins is important for converting food that you eat into a kind of energy that the various cells of your body may employ. Doctors say that vitamin B1 is also a major role player in keeping the brain and nerves working superbly.

Failure to obtain good amounts of vitamin B1 from your diet can lead to vitamin B1 deficiency, and you surely wouldn’t want it to happen to you because it’s something that could really interfere with your daily living due to its many unfavorable symptoms. Some of those that can really leave a huge impact include:

Since one of the major roles of vitamin B1 is for the conversion of food into usable energy, being deficient in the said vitamin can leave you feeling fatigued. Even if you consume the most energizing foods on the planet, it means nothing if your body is not supplied with enough vitamin B1.

Earlier, it was mentioned that vitamin B1 is necessitated for keeping the nerves in a great shape. This is the reason why one of the problems that can arise from vitamin B1 deficiency is nerve damage. Some of the early symptoms of nerve damage include tingling, pain or numbness in the extremities like the hands, arms, feet and legs.

Since vitamin B1 helps keep the nerves healthy, being deficient in it may also have an effect on the optic nerve, thus causing problems with the vision. According to some studies, glaucoma and cataracts are some of the eye issues that may happen in those who are not obtaining enough vitamin B1 from their everyday diet.

Another important task carried out by vitamin B1 is making sure that the brain stays healthy. If you fail to obtain good amounts of vitamin B1 via the diet, it’s not unlikely for you to feel irritable. Depression or anxiety may also strike in some. Doctors say that vitamin B1 deficiency also usually causes poor memory.

According to experts, your immune system may become weak if you have vitamin B1 deficiency. They say it’s for the fact that this nutrient is also essential for optimizing the tone of the lining of the gut, which actually has an influence on a person’s immunity. In other words, vitamin B1 deficiency may also cause frequent infections.

To save yourself from having to experience the above symptoms, make sure that your everyday diet consists of foods that are superb sources of vitamin B1. Some wonderful examples include nutritional yeast, nuts, seeds, sea weeds, Brussels sprouts, asparagus and beef liver. There are also lots of food products today that are fortified with B vitamins, including vitamin B1. If you wish to supplement with vitamin B1, which is available over the counter, make sure that you inform your doctor about it first, just like when planning on taking any other supplement.

Also Read   Healthier Alternatives To Sugar
Sourcevitaminsestore.com
Previous articleDIY Remedies for Psoriasis on Scalp
Next articleWhy Sweet Potato Leaves Have to be Consumed by Everyone

Things to Avoid If You Have Oily Skin

How to Jump Start Your 2019 with Keto Diet

DIY Toners that Your Skin Will Love