What are Super Foods and Do They Ever Work? 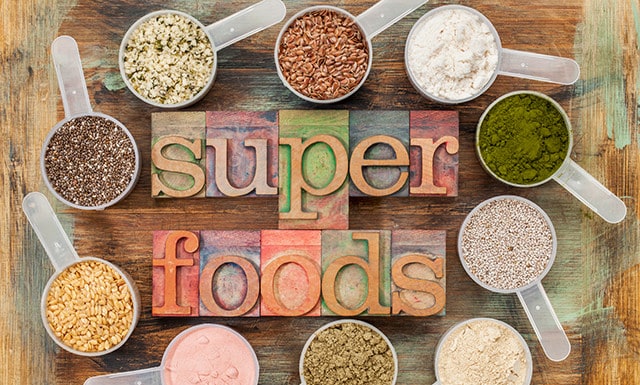 How to Protect Your Hair In The Sun

Apparently, boosting the immune system, prolonging your life span and battling cancer are some of the supposed powers of superfoods. And while lab studies have indeed discovered that pomegranates contain a compound that’s supposed to aid in increasing one’s longevity, a lot of people are concerned that these touted superfoods have a tad expensive price tags. As is turns out, tons of individuals are wondering if these foods are worth a try, considering their hefty price.

Superfoods are those that contain heaps of antioxidants and flavoinoids—compounds that aid the body in specific conditions.  “Superfoods” are more of a marketing term that leaves consumers a lot more confused because these foods are somehow being projected as something with magical abilities, but often claims that they’re not backed-up with scientific evidences.  Understand that back in 2011, the European Union has banned the use of this term on food labels unless supported by grounded scientific evidence.

Kale is one example of a superfood that can add up nutritionally. Looking at this veggie, a 100g raw portion has only 33 calories but is overflowing with large amounts of vitamins K and A, which is roughly 17 times the amount of vitamin C in carrots. Kale is so dense in nutrients, but a bit pricey though. Some cheaper alternatives that you may consider include spinach, broccoli, spring greens and cabbage.  These green vegetables also pack a whole lot of nutrients without the high consumer price.

These are rather famous for their antioxidant content and are rich in vitamins C, K and manganese.  However, their abilities in warding off diseases are not established.  Your not-so pricey alternatives to blueberries come in the form of kiwi fruits.  Blueberries contain polyphenols that work wonders with the human gut flora; however one can get the same compounds from some other seasonal berries that are not as expensive.

Cooked quinoa of about 200g can give you roughly 8 grams of protein as well as zinc, iron and vitamin B. However, there is very little evidence to support its claims that it can help manage a horde of medical maladies such heart diseases, diabetes and celiac diseases. And since quinoa is known to be a bit expensive, people who are looking for alternatives may turn to buckwheat and Bulgar wheat which can be good protein sources too!

These seeds that are native in South America are indeed loaded with alpha-linoleic acids which is the plant form of the omega 3 fat—the good kind of fatty acids. But then again, the amount of helpful alpha-linoleic acids found in a serving of chia seeds can also be gotten from a 200 g serving of either sardines or mackerel, which are relatively cheaper.  For vegans, flaxseeds (about 3 grams) will yield roughly the same amount of the good omega-3s at a fraction of a cost.

A lot of people say that coconut water is much more nutritious and hydrating than water itself especially after exercise because coconut water is ripe with electrolytes and natural sugars.  However, a study in 2012 that’s been published at the Journal of the International Society of Sports Nutrition just debunked this claimed and even said that research participants who drank coconut water left them all feeling bloated. The research basically proved that coconut water may be as good as water in terms of hydration, but it certainly is NOT better.

Also Read   What You Should Know About Cholesterol

Avocado is said to contain heaps of vitamin C, fiber and monounsaturated fats that are great in controlling diabetes and high cholesterol counts in the body. When it comes to alternatives, there are only few foods that can match the corresponding taste and texture of avocado, but if it’s the nutrients that you’re after, then you’re good with raw nuts, olives and olive oil.

Got a Boil on Your Inner Thigh? Here are Some Home Remedies for It

A Guide to a Raw Food Diet

How to Get Rid of Cellulite on Your Face