Sunburn: Is It a First-Degree or Second-Degree Burn? 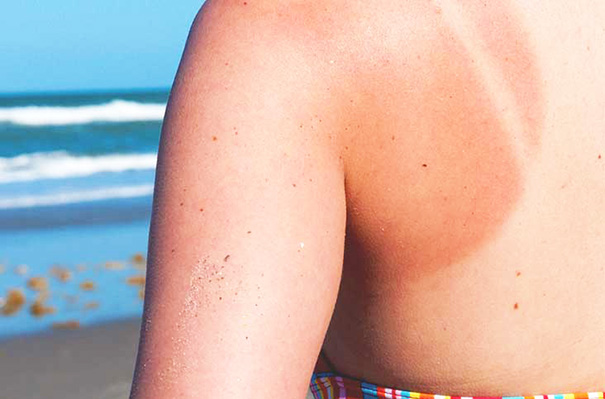 With so many available activities to engage in under the sun, getting sunburn is very common during summertime. While it is common knowledge that too much sun exposure can speed up the aging of skin and also increase a person’s risk of skin cancer, not too many people apply sunscreen each time they spending time outdoors.

Besides, for them sunburn is something that will go away in just a couple of days since it’s just a first degree burn, and also there are so many home remedies available for it, from cold milk to aloe vera gel.

But did you know that it is actually possible for you to get a second degree burn from the scorching sun?

Continue reading to know how you can end up with sunburn that can be classified as a second degree burn, and what sort of signs and symptoms you can experience if you have one.

What is a First Degree Burn?

It’s easy to tell whether or not the burn you are suffering from is a first degree burn. There is redness of the affected area of the skin that causes discomfort or pain when it’s touched. When not touched, there may be some tingling sensation present. A first degree burn has a dry appearance, and in no time will start to peel.

What is a Second Degree Burn?

A second degree burn affects not only the epidermis, but also the dermis. Your dermis is the area right under the topmost layer of your skin, and eventually it will come to the surface and become the epidermis.

Even if the dermis is just slightly affected, the burn you have is already considered as a second degree burn. Also, it can cause a great deal of pain because of the presence of more nerve endings in the dermis. By the way, a second degree burn is sometimes referred to by the experts as a partial thickness burn.

How Can You Get a Second Degree Burn From the Sun?

Most people believe that the presence of a lot of clouds is an excuse to skip applying sunscreen and also stay under the sun for extended periods of time. But did you know that UV rays can penetrate clouds?

People who tend to stay outside during a cloudy day without some form of protection are at high risk of ending up with a second degree burn caused by the sun, especially if they do it for long periods of time and several days in a row. They will just be surprised by the fact that exposed areas of the body are already red, painful and blistered.

The problem with sunburn that is regarded as a second degree burn is it is prone to getting infected since the dermis is also affected. Make sure that you wash your hands each time you treat it at home, and also keep the affected area clean. If the blisters are large and the burn is extensive, make sure that pay your doctor a visit.

Sourcehealthline.com
Previous article8 Tips on How to Lose Weight in 10 Days
Next articleBeauty Uses for Garlic Oil (#3 Will Make You to Take Lots of Selfies)

The Top 7 Benefits of Cinnamon

Tricks to Get Dewy and Flawless Skin

Do You Have Noisy Joints? Here are Some of the Reasons Why