Why Shepherd’s Purse Should be Added to Your Diet 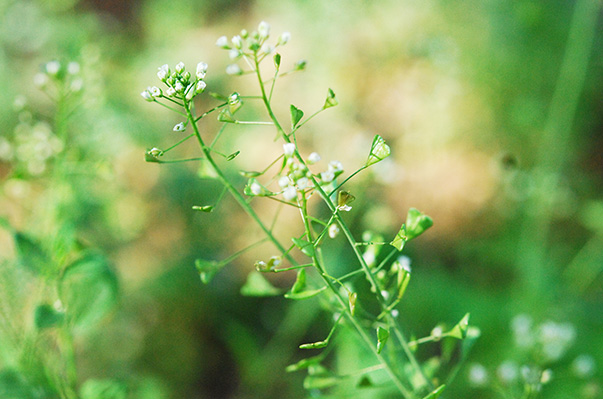 How to Avoid Nightmares

How To Prevent and Treat Varicose Veins

Tips on How Co-Sleeping Can Be Beneficial to You

No, shepherd’s purse is not a bag that’s currently taking the world of fashion by storm. Rather, it is a plant that can be consumed as a vegetable. What’s so nice about it is it tends to grow just about anywhere you look, from roadsides, vacant lots to fields. So in other words, shepherd’s purse can be a cost-free addition to your diet.

Want to get acquainted with shepherd’s purse? Read on to know more about it as well as the health benefits it offers. Kindly share this article afterwards to get your family and friends introduced to it, too!

Shepherd’s purse is called that way because its seed pods are flat and triangular, kind of looking like leather bags that were common many years ago. Native to Asia Minor and Eastern Europe, it can now be found growing in many places on the planet, especially cooler ones. Unfortunately, shepherd’s purse is oftentimes regarded as a weed.

Borsa del pastore, water chestnut vegetable, bad man’s oatmeal, Chinese cress, shovel weed, mother’s heart — these are just a few of the so many other names for Shepherd’s purse.

Since shepherd’s purse is related to mustard, it has a peppery taste most especially when already mature. It’s exactly for this reason why it is commonly added to salads in order to give them a kick. In some countries, it is usually stir fried together with other vegetables. The roots and seeds of shepherd’s purse can also be consumed.

Did you know that shepherd’s purse is also being used as a medicinal herb for so many years now? Commonly, it is turned into tea or infusion, and often used for dealing with anything from earaches, diarrhea to internal bleeding.

Let’s now take a look at some of the health benefits that shepherd’s purse offers as a vegetable:

It Detoxifies the Body

Earlier, it was mentioned that shepherd’s purse is a relative to mustard, and mustard is an excellent detoxifier of the body since it is a member of the brassica or cruciferous family of vegetables. So in other words, adding shepherd’s purse to the diet helps ensure that toxins in the body are neutralized before they have the chance to cause problems.

Shepherd’s purse has anti-inflammatory properties, which only means that its intake can help in controlling inflammation that’s taking place within. If you are constantly bugged by achy muscles due to rheumatism or painful joints because of arthritis and you don’t want to take painkillers all the time, consider welcoming shepherd’s purse into your life.

It May Also Prevent Cancer

Traditional healers commonly employ shepherd’s purse for the prevention of as well as treatment for cancer. When scientists studied this herb, they found out that it indeed contained certain compounds with anti-cancer properties. So if you are willing to do anything just to lower your risk of cancer, simply incorporate shepherd’s purse into your diet.

Shepherd’s purse is known to have diuretic properties, which means that it encourages increased urine production. This is the reason why consuming it can be beneficial for those with urinary tract infections or UTIs. The consumption of shepherd’s pulse may also be ideal for those who are at risk of kidney stones or hypertension.

Also Read   Morning Habits That Can Make You Feel Tired All Day
Sourcetheradiclereview.com
Previous article
Easy Home Remedies for Skin Pores
Next article
What are the Symptoms of Vitamin B6 Deficiency?

Tanning Addiction: How to Beat It

11 Unnecessary Beauty Products You Should Avoid

Everyday Habits That Slow Down Your Metabolism