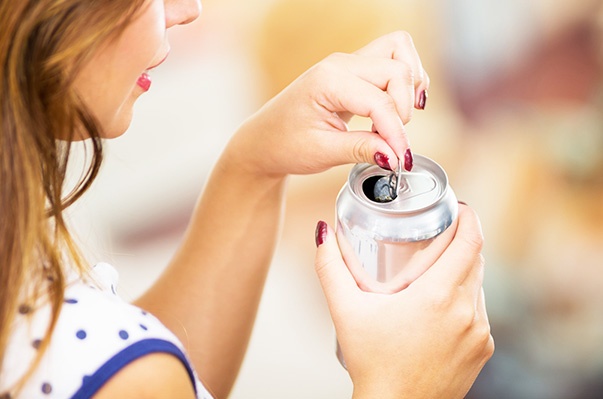 Lessen Your Back Pain with These Tips

Are you loading up on diet soda because you’re trying to keep excess pounds at bay? Well, scientists say that you may still end up having unwanted weight — plus so many other health issues! Needless to say, diet soda is just as bad for you as regular soda.

So if you think that diet soda is harmless just because it doesn’t have sugar just like regular soda does, read on. This article will give you some of the reasons why drinking diet soda should be dodged.

Got family members and friends who guzzle down diet soda? Share this article on your various social media sites later on so that they, too, may learn that the following may be encountered due to their love for diet soda:

Just because diet soda is absolutely free of sugar doesn’t mean right away that your smile is out of harm’s way — sugar can encourage the multiplication of bacteria that produce acids that can damage the enamel of your teeth.

Actually, diet soda can still cause tooth decay, dentists say. That’s because it contains phosphoric acid. Just like what the name says, it’s an acid that can wreak havoc on your choppers.

By the way, it’s not just too decay that can keep you from having the best smile in town but also tooth discoloration — artificial coloring added to diet soda can certainly leave your teeth looking less than beaming white.

It’s not just your pearly whites that may weaken because of constantly drinking diet soda, but also your bones. So in other words, diet soda can in fact put you at risk of one day suffering from osteoporosis.

According to scientists, phosphoric acid found abundantly in diet soda has to be neutralized to keep it from wreaking havoc on your various systems. And to do that, it has to pull some calcium out of your bones — your bones actually double as calcium storage spaces.

Naturally, the bones end up weak and prone to breaking if they do not contain enough calcium. Especially if you’re a woman who is 50 years old and above, you are at higher risk of developing osteoporosis if you don’t quit having diet soda.

One of the main reasons why a lot of people opt for diet soda instead of regular soda is to steer clear of diabetes, a chronic disease that has no known cure and can cause all kinds of terrifying health complications to strike.

Surprisingly, the consumption of diet soda can still cause a person to battle diabetes sooner or later even if it’s completely devoid of sugar that can trigger an increase in the blood sugar levels.

Numerous studies confirm that the consumption of diet soda can lead to insulin resistance, which is basically the beginnings of diabetes — the body produces lots and lots of insulin thinking that diet soda is loaded with sugar that needs to be transported into the cells.

Believe it or not, the consumption of diet soda won’t help you attain the slimmer figure of your wildest dreams. On the contrary, it can actually leave you with a bigger waistline, experts confirm.

There are a couple of reasons why. First, diet soda is several times sweeter than regular soda, and this is a big problem as it can leave you craving for things that have the real deal — treats that are teeming with sugar.

Second, drinking diet soda can cause you to think that it’s okay to indulge on a regular basis since your beverage of choice contains zero calories, and this very unhealthy diet-related thinking can certainly cause unnecessary weight gain.

Does this mean that you should give up diet soda and go back to regular soda in order to avoid the above-mentioned health nightmares? Health experts say no — you’re better off without any type of soda in your life.

Sourcetasteofhome.com
Previous articleHealth Issues Linked to High Cholesterol
Next articleTips on How to Recover Quickly from a C-Section

Signs You May Have Silent Reflux

How to Detox Healthily

Makeup Do’s and Don’ts for Everyone