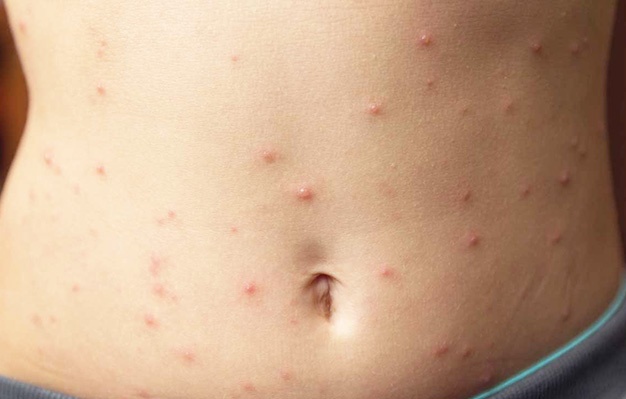 Common Causes of Hot Flashes (Other Than Menopause)

Which Beans Contain the Most Fiber?

We all know that blisters are often the result of pressure, friction or heat. Did you know that there are cases in which it is the person’s very own immune system that causes the formation of blisters? What’s more, it’s not just on the skin that blisters may appear but also in the mouth as well as on mucus membranes of the genitals. Such is an autoimmune disorder that goes by the name of pemphigus.

Keep on reading if you are interested to know more about pemphigus. Below you will come across some of the most pertinent details about it, such as its causes, types, signs and symptoms and treatment. Repost this article afterwards to get everyone you care about also get acquainted with this problem caused by the immune system.

Just like what’s mentioned above, pemphigus is caused by the person’s immune system. While it may look contagious, the fact is the blisters involved cannot be passed from one person to the other. In order for an individual to develop these blisters, he or she needs to suffer from pemphigus.

Supposedly, foreign objects or substances are the ones that the immune system should attack, and they include bacteria and viruses. The immune system of a person with pemphigus, however, also attacks perfectly healthy and completely harmless cells or tissues of the body, and they include the skin and mucus membranes. According to health authorities, pemphigus is commonly seen in middle aged or older individuals.

It’s important to note that there are instances in which pemphigus is caused by certain medications. Quitting taking the culprit immediately puts an end to the formation of blisters on the skin or mucus membranes.

Actually, there are different types of pemphigus. However, it’s a good idea for us to simply focus on the most common ones, and they are referred to as pemphigus vulgaris and pemphigus foliaceus.

Someone who is afflicted with pemphigus vulgaris develops blisters in his or her mouth initially. They may appear on practically any part of the oral cavity, including the throat which can make eating and drinking difficult. Eventually, blisters also appear on the skin as well as mucus membranes of the genitals. One of the things that make this type of pemphigus really annoying is the fact that the blisters associated with it can cause pain.

On the other hand, pemphigus foliaceus involves the formation of blisters only on the skin. While those blisters can show up on practically any skin on the body, they are more commonly seen on the shoulders, chest and back of the affected person. By the way, the blisters of pemphigus foliaceus are itchy and not painful.

Pemphigus is primarily characterized by the appearance of blisters, which are raised areas of the skin that are filled with fluid. The problem with these blisters is they can pop rather easily, resulting in the formation of open sores on the individual’s skin. These sores may ooze and become infected, potentially leading to complications.

Blisters associated with pemphigus vulgaris can appear inside the oral cavity, on the skin and mucus membranes of the genitals. Also, they tend to be painful. On the other hand, blisters brought about by pemphigus foliaceus form only on the skin of the afflicted person, and they also feel itchy instead of painful.

Also Read   What Will Happen to Your Body If You Eat Salmon Every Night?

Sometimes blisters may rapidly increase in number and may also be accompanied by fever, chills and joint and muscle pain. When these things happen, immediate medical attention should be sought.

Being an autoimmune disorder, there is no known treatment available for pemphigus. However, there are medications called immunosuppressants that can keep the person’s immune system from attacking cells or tissues that it’s not supposed to attack. However, immunosuppressants tend to come with serious side effects.

To keep infections at bay, topical or oral antibiotics may be prescribed by a doctor. There are also creams containing steroids that may be applied to help deal with pain or itchiness.

Further Boost That Lovely, Sexy Radiance With These Tried And Tested Tips

Signs You May Have Fragrance Allergy

Effective Tips You Should Try For Lightening Dark Knees

Why Dye Your Hair Honey Blonde?