What You Need to Know About Cat Scratch Disease 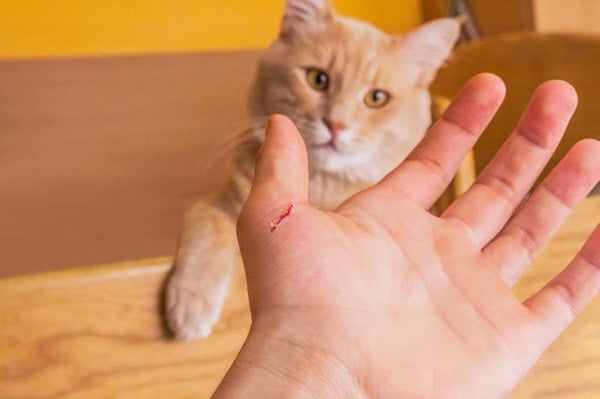 Shower Mistakes That Affect the Skin

Do you have a feline friend at home? Then you are at risk of having cat scratch disease. Also known as cat scratch fever and bartonella infection, it is usually nothing serious, provided that you have a strong immune system or a severe case of it is promptly treated with antibiotics.

There is really no need to give up your furry pal. By reading on, you will learn some vital details on cat scratch disease, such as what causes it and how you can keep yourself from having it.

Just like what the name says, cat scratch disease can be obtained from the scratch of a cat who is a carrier of bartonella henselae, which is one of the most common bacteria on the face of the planet, experts say.

However, it is very much possible for you to also get cat scratch disease from the bite of a carrier cat. You may also end up with it if the saliva of a domestic cat carrying bartonella henselae accidentally gets into a break in your skin or the whites of your eyes!

Your cat may be carrying bartonella henselae without you knowing it because it usually causes no sign or symptom. Experts say that kittens are the likelier carriers, and they believe that those furry cuties can get the bacterium from a type of flea. The good news is cats tend carry bartonella henselae only for a short period of time.

If you have cat scratch disease, you will notice that the scratch or wound you have obtained from your feline pal is inflamed or has a blister on it. If it’s located near a lymph node, you may notice that the lymph node is swollen, which is something common during a bout of infection. Similarly, you may also experience other symptoms typical during an infection, such as fatigue, headaches and low-grade fever.

Experts say that the likes of sore throat, loss of appetite and weight loss are rarely encountered symptoms of cat scratch disease, but it is possible for them to strike.

A cat suspected to be a carrier of bartonella henselae requires no treatment. As mentioned earlier in this article, furry pals tend to carry them only for a short period of time. However, it is said that in very rare cases bartonella henselae can affect the heart of a cat, causing it to enlarge, as well as infect its other vital organs.

Cat scratch disease is usually a non-serious problem. In fact, you may have it and require absolutely no medical treatment at all, allowing the infection to simply run its natural course.

Limiting contact with cats is the initial step to take. If you own a cat, keep it indoors and ask your trusted vet to prescribe or administer flea medication. Definitely, you can avoid having rough play with your feline pet in order to save yourself from being accidentally getting scratched or bitten.

Sourcemedicalnewstoday.com
Previous articleHow to Make an All-Natural Aloe Vera Juice Drink, and Benefits
Next articleHow to Tell If You’re Not Getting Enough Phosphorus

Pros and Cons of Coffee in your Diet

What You Should Know About Alkaline Water Benefits

How to Make Sesame Seed Milk (And Reasons to Drink It)

What Your Urine Says About Your Health