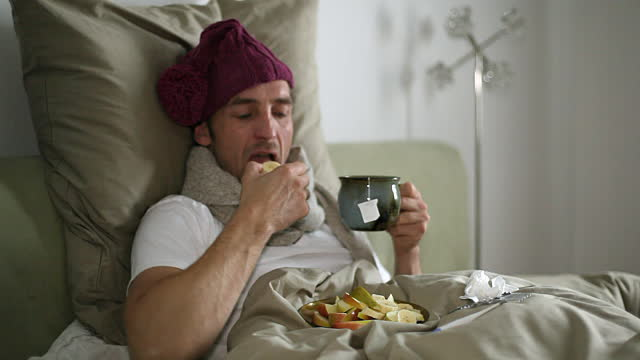 Fever, also known as pyrexia or febrile response, refers to having a temperature reading above the normal range. A sign that something is wrong with the body, fever is also the body’s way of fighting infection. Through elevating the body’s temperature, the body can kill some microorganisms that contribute to the infection.

According to Mayo Clinic, fever may be uncomfortable for adults and it should not be a major issue unless it reaches 39.4 degrees Celsius or 103 degrees Fahrenheit or more. As per the publication, a mildly elevated temperature may suggest a serious infection in infants and toddlers.

Along with a high temperature, fever may be accompanied by other symptoms, such as sweating, shivering, headache, muscle aches, loss of appetite, dehydration, and general weakness. Some cases with higher temperature ranges may present hallucination, confusion, irritability, and convulsions.

Though fever can be managed by increasing one’s oral fluid intake, wearing loose comfortable clothing, having tepid sponge bath, having adequate rest, and taking antipyretics, nutrition plays a key role in dealing the condition. A person with fever may have lost his appetite, but the following are some meal recipes that can be given.

Rice porridge is one of the usual meal recipes for fever and it usually counters the chills a person experiences. As per Chow Hound, the ingredients include six cups of water, four cups of low-sodium chicken broth, one pound and a half bone-in chicken legs or thighs (skin removed, excess fat trimmed), a cup of long-grain white rice, one one-inch piece fresh ginger (with skin and sliced into four pieces), two teaspoons kosher salt, pepper, fresh cilantro (coarsely chopped), and scallions (thinly sliced).

To prepare, the ingredients, barring the scallions and cilantro, are placed in a large heavy-bottomed saucepan or oven and are brought to a boil over medium to high heat. Then, the heat is decreased to medium low and the ingredients are cooked at a lively simmer. They are stirred occasionally for about an hour, until the rice has completely broken down and the mixture becomes creamy.

Then, the heat is turned off and the chicken is removed to a chopping board and is allowed to cool off. Once cool, the chicken is shred into bite-sized pieces while the cartilage and bones are discarded. After that, the chicken shreds are returned to the jook and is stirred to combine. Salt and pepper are added to taste. Finally, cilantro and scallions are topped to garnish.

Tea is one of the beverages that can be given to a person with fever. Aside from its metabolic uses, tea is also rich in antioxidants, which help the body get rid of harmful substances and free radicals. According to Tarladalal, the ingredients include a small lemon, a tablespoon of peeled and freshly sliced ginger, two cups of hot water, and honey to taste.

To prepare, the lemon is washed and is cut into thin slices. Then, it is placed, along with the ginger slices, in a small teapot. After that, hot water is poured into the teapot. The tea is let to infuse for some minutes. Once done, the ginger tea is sweetened with honey.

Fruits like avocado and orange are rich in vitamin C, which boosts the body’s immune system, while bread provide energy to the body. Thus, a sandwich that contains avocado and orange pass for a meal for fever. According to All Recipes, the ingredients include eight one-ounce slices of whole wheat bread, one orange (peeled and cut into one-fourth-inch slices, two large avocados (peeled and sliced), one five-ounce package alfalfa sprouts, and two teaspoons balsamic vinaigrette.

To prepare, four bread slices are arranged on a flat surface. Then, each slice are topped with two slices of orange and sufficient amount of avocado slices and sprouts. After that, each sandwich is sprinkled with half teaspoon of balsamic vinaigrette and is topped with the remaining bread slices.

Overall, fever signals that something is wrong in the body while it also helps kill microorganisms that invade the body. While it can be managed through appropriate measures at home, some cases suggest the need of seeking medical advice from the physician.

The Richness of Meditation Therapy

Nail Care Tips for the Winter

How to Reclaim Power in Your Own Home by Getting Rid of those Plentiful Bedbugs!