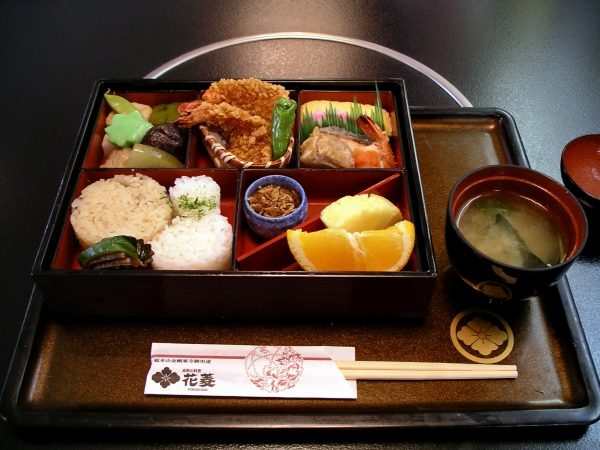 Make your Love Life Flourish with this Guide: How To Know If A Guy Likes You

Japan is number one when it comes obesity rates in the world. It has showed that japan has only 3% of people that has greater than 30 in body fat based on their weight and height. This number is far smaller than other big countries. The weight loss center credits lowest obesity rates from how the Japanese approach weight, diet and exercise. The Japanese primarily believe that exercise, wellbeing and a well balanced diet is essential to living a healthy and sustainable life. They may be a country that consumes a lot of white rice, but they also believe in balancing it out with fish, vegetables and other healthy ingredients. According to the weight loss center in America, Japan consumes more fish than the states. Other ways Japan has managed to maintain their weight and live a healthy lifestyle are listed below.

Japanese manage to consume a variety of foods at one meal time without going beyond the boundaries of a properly portioned meal than most of the world. This is mostly due to how most of their food is prepared bite sized. Sushi, small sausages, rice balls and even vegetables are prepared in small portions. This encourages the person to eat a lot slower and allowing themselves to savor the food. The notion that they are also consuming a wide variety of food to appreciate the food more instead of shoving it one after the other. The Japanese also uses smaller plates and often use Bento boxes that separates their food in good portions. This creates the illusion that they have consumed more food than they actually have.

Japanese do not seek exercise as much as other countries. They tend to incorporate it in their daily life, instead of preparing a workout plan or going to the gym. They would opt for any form of daily exercise like biking, jogging, walking and simple stretches. By walking or taking the stairs every day, they are able to burn calories in their daily routine without allotting a specific time to work out. This is said to be one of the key things that keeps the obesity rate low in Japan. Stretching in the morning, breathing exercises and simple movements are also a great part of their morning routine. This is said to help with circulation and better digestion.

Japan like most Asian countries prefer to cook broths instead of cream type sauces or soup. This is a lot lower in calories and is actually a lot healthier too. Fish broth is one of the most used ingredients in Japanese cuisine. Other low calorie foods such as mushrooms and kelp are a staple in their cooking. They also prefer to use light cooking techniques such as steaming, simmer and stir-frying. They do often deep fry some foods, but this often fried in healthy oils and strained. The Japanese prefer cooking techniques that would preserve the nutrients and antioxidants in the food, instead of quick cooking.

Most Japanese eat their food in a certain order. They believe that we should fill our body first with foods that we need then what we want. Vegetables or healthy food is often served first, then the rest of the meal. This prevents them from eating too much and controls their portion when they plan to eat out or do it family style. Using chopstick is also great for slowing down eating. It is also a good Japanese habit to eat meals on the table. Reducing distractions such as phones and TVs.

The Japanese believe in a practice where they stop consuming food when they feel like they are about to feel full. They are encouraged to place their fork or chopsticks down and wait for 20 to 30 minutes to determine if they are still hungry. This is a great way to control mindless eating. They would often snack on something healthy after 30 minutes if they still feel the need to consume food. This helps cut down a lot of calories. What do you think of these tips? Do you think living your diet and lifestyle in a Japanese way can help you with your weight loss and health? If you tried any of these tips, share your experience with us here!

Wellness Ideas You Can Do Today

Foods That Boost Your Metabolic Rate

Are You Using Your Hair Products Right?