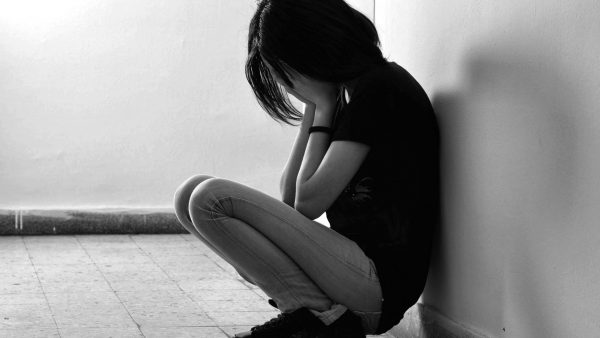 Goldenseal Root: An Old Natural Remedy But with Warning

Here are Easy Ways to Remove Skin Tags and Warts

Before you get shocked, you must know that this study was first done on rats but may have certain insights on how using your mobile phone while baby sitting may lead to unwanted damages on infants.

This study was done in California by Dr. Tallie Z. Baram. The study focused on how “fragmented” attention given by mother to baby rats led to behavioral problems as they became teenage rats.

“Fragmented” care is basically a kind of care that is interrupted and divided due to various reasons: including social media or using of mobile phone. One serious result of the study was that some teen rats grew up depressed when raised by mothers who were not consistent with the attention they gave.

The attention a rat receives while growing up affects how their brain functions, and they are not able to experience happiness on normal chemical levels. In short, a mother’s unfocused attention develops a tendency of depression in the growing child.

Problematic rats exhibited depression when they did not play with their rat friends as much as the normal rat would; they also skipped on usually delicious and sugary foods because they were in some sort of rat funk.

What A Study About Rats Has To Say About Babies

While this was essentially a study on rats, the similarity of human and rat genes may pose some considerations on how human babies develop. Given the same environment and parental treatment, interrupted attention may cause human babies to be depressed.

How a baby is treated affect the way that their brains develop. Without intending it, parents who constantly juggle their attention between interacting with the baby or their phone communicate neglect on the child. Checking new messages, email or even Facebook and Snap Chat at an hourly or minute-by-minute rate harm the baby eventually. It may not be that the parents are ignoring the baby completely, but by giving the child inconsistent responses and interrupted communication send the message to the baby’s brain that “you are not the focus at this time. You are not that important.”

In the same way that a more grown up child feels neglected when busy parents do not give attention once called, a baby that does not get response from parents feel neglected too; even if the child does not say it outright.

What This Study Means For You As A Parent

While this study does not serve to blame anybody, it is good to take it with a grain of salt. It is constructive to know that in the presence of a baby, when you are distracted easily by your phone, you send him/her cues that build up emotions of being unwanted. To them, not getting the same response they get 10 seconds ago, in repeated instances, build into a notion of being ignored.

Truly, it is unavoidable to ignore your phone especially when your job requires it. It would help to mindfully assure the child that they are loved and valued just the same, even if mommy has to attend to her phone.

As a simple fact of life, no one wants to be deprived of full attention when needed. It is also a fact that technology is major and vital so you must also learn how to balance the attention you give your phones and the humans in your life.

Simple things to do that can help lessen the tendency to make the child feel neglected is by spending a full hour or 30 minutes reading or playing with the child. After, the parent can take 5-15 minute break to check his/her phone. During this break time, the baby may be given a toy to play with so he/she feels like she still belongs through the company of the toy.

At the end of the day, the baby can give joy like no phone can and fulfillment like no read email or work done can; so prioritize wisely.

Sourceimg: www.youtube.com
Previous articleHere are Ways to Treat Gout Naturally
Next articleHere’s How you Can Avoid Shoulder Injuries during Workouts

Vegetables that can Eliminate Stomach Fat

Learn About the Most Common Types of Anemia

What is Abdominal Migraine?