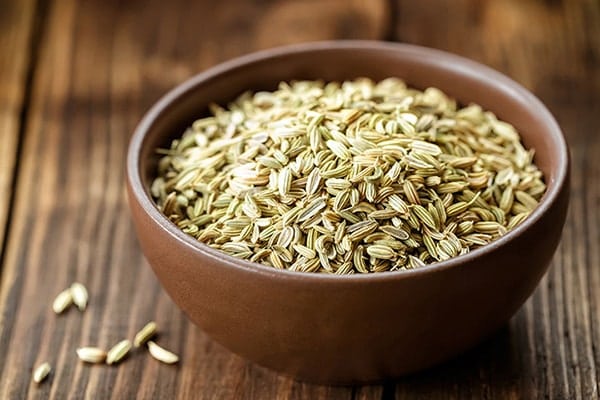 Which Clay Mask is Good for Your Skin Type?

Fennel seed is one of the herbs and spices people see in the chicken. With the scientific name Foeniculum vulgare, fennel is a flowering plant species in the carrot family. Native to the Mediterranean shores, fennel seed has the following health benefits.

Fennel seed is packed with various vitamins and minerals. According to Nutrition and You, fennel seeds contain vitamins A, B, and C. Vitamin A is best for the eyesight and the integrity of the skin and the mucus membrane. On the other hand, vitamin B optimizes brain function which includes learning, thinking, memory, and sensation. Then, vitamin C boosts the body’s defenses against illness and infection. The vitamin also strengthens the function of collagen, a substance that acts as cement and binds together loosely connected cells and tissues.

In terms of minerals, fennel seeds contain sodium, potassium, calcium, copper, iron, magnesium, manganese, phosphorus, and zinc. Sodium and potassium both regulate the fluids in the body. The former promotes fluid retention while the latter neutralizes the effects of the former. Also, potassium helps prevent cardiovascular disorders. A case in point is hypertension. Potassium relaxes the muscles of the blood vessels; thus, it helps reduce the blood pressure in the vessels. Potassium also promotes muscle strength, just like magnesium, which enhances neuromuscular coordination. Copper and manganese both work for metabolism and cellular and tissue growth while zinc optimizes wound healing and digestion. Calcium and phosphorus strengthen the bones and the teeth while iron ensures effective oxygenation throughout the body.

Fennel seeds also help in weight management, particularly weight loss. According to Calorie Bee, fennel water aids in losing weight, without involving complex procedures. As per the publication, the fennel seeds are brewed in boiling water and are allowed to cool. Then, they are let to steep overnight. To brew the fennel seeds, the person brings the water to a boil. Once the water boils, the fennel seeds are tossed in and the heat is immediately stopped. After that, the pan is covered with a lid and is let to cool to room temperature.

Fennel Seeds can be added to various meal recipes, such as Ground Beef Wellington. According to All Recipes, the ingredients include half tablespoon fennel seed, one-fourth teaspoon crushed red pepper flakes, a tablespoon of garlic (minced), half cup diced onion, a tablespoon vegetable oil, one egg, a pound ground beef, two tablespoons dry bread crumbs, a tablespoon of dried parsley, one package of refrigerated crescent rolls, and a teaspoon of salt.

To prepare, as per the publication, the oven is preheated to 175 degrees Celsius and a baking sheet is mildly greased. Next, the vegetable oil is heated in a skillet over medium heat. Then, the onion, garlic, and fennel are stirred in and are cooked for about five minutes, until the fennel is tender and the onion has softened and become translucent in color. After that, the fennel seeds and the red pepper flakes are stirred in and are cooked for one more minute. Once done, the egg is beaten in a bowl while the bread crumbs, ground beef, parsley, and salt are mixed.

Next, the crescent roll dough is separated into two squares. Then, the meat mixture is divided among the crescent roll squares. The dough is sealed around the meat and is placed sea-side-down onto the prepared baking sheet. Once done, the food is baked in the preheated oven, until the pastry has become golden-brown in color and the center of the pastries reaches 71 degrees Celsius on a kitchen thermometer. Finally, the food is sliced and served.

Fennel seeds are nutritious food options, due to their nutritional content. So, their inclusion to different meal recipes boosts a person’s total health and well-being.

Sourcemomjunction.com
Previous articleExpect These Health Perks If You Drink Black Pepper Water for a Month
Next articleThe Perks of Adding Butter to Your Coffee

Different Ways to Use a Blow-Dryer