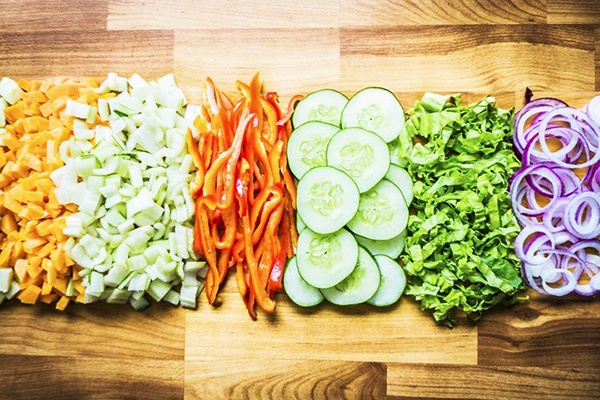 Most weight loss diets out there require you to count the amount of calories you consume per day. If you hate doing math and also feeling deprived, then they are not suited for you.

The volumetrics diet may be the one for you — it won’t ask you to stay away from certain foods, although it does encourage you to considerably limit your intake of foods that contain moderate to high amounts of calories.

The goal is for you to focus on foods that are packed with fiber and water, both of which heavy on the stomach. And when your belly feels full, it’s less likely for you to overeat.

What’s so nice about the volumetrics diet is that you may have as much of the highly recommended foods as you want. This completely eliminates the feeling of being restricted in terms of food intake, which is something that makes most weight loss diets out there extremely challenging to maintain.

Here’s a fact about the volumetrics diet that will surely entice you to go on it: there’s no need for you to count the amount of calories you consume per day!

Instead of closely monitoring your daily caloric intake, you simply need to have more of some foods and less of others.

Foods that belong to this group are very low density, which means that they have very few calories and thus you may add them to your diet liberally. Some examples of foods that are part of group 1 are non-starchy fruits and veggies, broth-based soups and non-fat milk.

Starchy types of fruits and vegetables are part of group 2, which consists of low density foods. Others that belong to this group are legumes, grains and cereals. Low-fat meats and mixed dishes are also part of it.

In this group, included foods are medium density ones. Bread, cake, pretzels, pizza, cheese, fries, meat and ice cream are some of those that belong to group 3.

Foods that are part of group 4 are high density, and it only means that they’re packed with calories. Some of the most sinful foods can be found in this group such as chips, cookies and chocolate candies. Unfortunately, there are healthy foods that are also in group 4, and some of them are olive oil and nuts.

It is recommended for you to focus on foods that are found in groups 1 and 2 — it’s in fact okay to indulge in them because the amount of calories in them range from very low to low only.

Adding foods that belong to group 3 to your everyday diet is completely fine. However, make sure that you carefully watch portion sizes as they are moderately high in calories.

On the other hand, you should considerably limit your intake of anything that’s part of group 4. The volumetrics diet does not require you to turn your back on them for life. Rather, it encourages you to simply minimize their intake.

It’s true that there is a volumetrics diet book that you may get your hands on which provides sample meal plans. However, it is very much possible for you to welcome the volumetrics diet into your life even without paying for the said book.

That’s because the volumetrics diet is a highly modifiable diet — it allows you to customize your meals based on the ingredients that suit your personal preference, although of course while keeping in mind the various food groups associated with the diet.

Aside from putting in mind the different food groups, the volumetrics diet also encourages you to exercise on a regular basis — daily, you should devote 30 to 60 minutes of your time to working out.

Do take note that the volumetrics diet does not require you to engage in vigorous or intense exercises. In fact, walking is enough — increasing the number of steps you take per day to 10,000 is a good idea.

Sourcemymedtale.com
Previous articleHow to Alleviate Digital Eyestrain
Next articleFoods to Avoid If You Suffer From Bloating

Situations Only Early Sleepers Will Understand

Tips for Dealing with a Bad Haircut

Tricks for Clearer and Smoother Skin

Before Taking Deer Antler Spray, Here are Things that you Need to Know

What You Need to Know Before Trying Out Reiki Meditation

Eight Reasons Why You Should Try Out Rugby