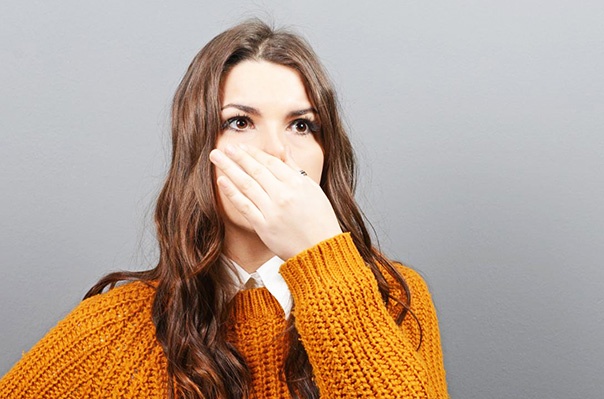 Cancer Symptoms You Should Not Ignore

How to Naturally Detoxify the Liver with Super Foods

Some people complain that they cannot smell enough. Then there are those who report that they tend to smell a lot.

If you think that having increased sensitivity to smell is a good thing, better think again — such condition, which is referred to by health authorities as hyperosmia, can cause a lot of discomfort. It’s not unlikely for those who are experiencing it to have dizziness, nausea, vomiting and migraine. Some even end up having a bout of anxiety and depression.

Even the most harmless of smells such as shampoos and scented candles can in fact leave someone with hyperosmia feeling ill. Synthetic fragrances and perfumes commonly added to all sorts of personal care and household products can certainly leave the individual experiencing all kinds of unfavorable symptoms.

Does it seem like your sense of smell is heightened? Especially if it’s already keeping you from having a smooth-sailing day, it is certainly a good idea for you to see a doctor to have the cause pinned down and treated as necessary.

While waiting for your appointment day to arrive, keep on reading. Below you will come across some of the most common causes of increased sensitivity to smell. Don’t forget to share this article on your various social media sites afterwards — some of your friends may secretly be suffering from hyperosmia, too.

Put simply, an autoimmune disorder is a condition in which the body’s very own immune system attacks healthy and totally harmless cells or tissues instead of just invading microbes or foreign objects. There are many different autoimmune disorders known to man, and some of them are known to cause increased sensitivity to smell. Doctors say that people who are suffering from Addison’s disease and lupus tend to complain about hyperosmia.

It’s common knowledge that Lyme disease, which is transmitted by means of the bite of an infected tick, can cause neurological issues or problems concerning the nervous system. It’s for this reason exactly why it’s not unlikely for those who are suffering from Lyme disease to have a sense of smell that’s exaggerated. Especially when detected early on, Lyme disease can be treated effectively with a course of antibiotics.

There are some instances in which hyperosmia can be blamed on deficiency in certain nutrients. One very good example of such is vitamin B12 deficiency. Also sometimes referred to as cobalamin, vitamin B12 carries out all sorts of important functions, and one of those is keeping the nerves in a healthy state. If a person is not getting enough vitamin B12 via his or her diet, it’s not unlikely for neurological issues that can affect the sense of smell to strike.

Speaking of neurological issues, it’s also possible for someone who is suffering from diabetes to exhibit a heightened sense of smell, too. It’s no secret that diabetes can have an impact on the nerves especially if the individual who has it is unable to put his or her blood sugar levels under control. Aside from peripheral neuropathy, which is characterized by pain or numbness in the extremities, it can also cause changes to the nerves that send signals from the nose to the brain.

Also Read   Why Having a Garden is Good for You?

In some cases, hyperosmia is due to a perfectly normal phase in a person’s life such as pregnancy. In fact, one of the earliest telltale signs that a woman is in the family way is increased sensitivity to smell. Such is due to hormonal changes that can increase the amount of blood vessels in the nasal passages. Unfortunately, hyperosmia can contribute to some unfavorable early symptoms of pregnancy such headaches, nausea and vomiting.

Sourcemedicalnewstoday.com
Previous articleGet to Know Some of the Most Common Skin Irritants
Next articleHow to Make Sunscreen Spray at Home

Natural Remedies to Use for Sleep Disorders

Would You Consider Rubbing Pork Fat On Your Face?