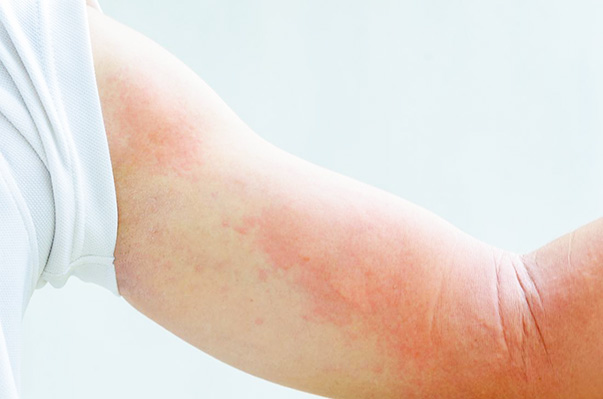 Know This Anti-Aging Exercise You Should Try

Will You Lose Weight by Switching to Artificial Sweeteners?

Our bodies need to be supplied with small amounts of vitamins for it to function normally. There are all kinds of vitamin deficiencies that may strike if you fail to obtain enough amounts of these nutrients via your everyday diet. In this article, we will discuss pellagra, which is a deficiency in vitamin B3.

Make sure that you share this article on your various social media sites afterwards to get your family and friends know the importance of getting enough vitamin B3 daily.

What is Vitamin B3

However, there are many other roles that vitamin B3 plays. For instance, it is important in repairing the DNA, the long molecule that consists of genetic material. Scientists say that is it also a major component of a couple of coenzymes that are involved in the metabolism of cells.

It is said that vitamin B3 also serves as an antioxidant. This only means that it helps save your healthy cells from being damaged by free radicals.

Causes of Vitamin B3 Deficiency

Here are the 2 types of pellagra:

This is caused by a diet that’s low in vitamin B3. This is commonly seen in developing countries where the staple food is corn. While corn contains vitamin B3, it’s the kind of vitamin B3 that the human body cannot absorb unless corn is prepared in the right manner.

This happens when the body cannot absorb vitamin B3 present in food. There are a handful of things that can be blamed for secondary pellagra. They include ulcerative colitis, Crohn’s disease, alcoholism, cirrhosis of the liver, and the intake of certain medications like immunosuppressive drugs and anti-convulsants.

Health authorities refer to the main signs and symptoms of vitamin B3 deficiency as the 3 Ds. That’s because all of them start with the letter D: dermatitis, diarrhea and dementia.

Earlier, it was mentioned that vitamin D is important for the metabolism of cells. It’s exactly for this reason why some of the signs and symptoms of pellagra can be observed in areas of the body where the cells are constantly replicating, such as the skin and gastrointestinal tract.

Dermatitis as a result of pellagra commonly affects the face, feet or hands. Some people who suffer from vitamin B3 deficiency also have dermatitis around the neck, which is referred to by the experts as Casal necklace. It’s not unlikely for affected skin to become crusty, scaly or cracked. Some people with pellagra report of burning sensation or itching.

Other than diarrhea, some other gastrointestinal signs and symptoms of pellagra are decreased appetite, nausea, vomiting, and difficulty eating and drinking due to sores on the tongue, gums or lips.

Also Read   Quick Fixes to Look Like You Haven’t Cried

Aside from dementia, other neurological signs of pellagra include depression, anxiety, irritability, mood changes, apathy, disorientation and delusion.

In dealing with primary pellagra, the individual is encouraged to include more vitamin B3-rich foods in the diet on a regular basis. Sometimes the intake of niacin supplement is warranted, which at times may be administered intravenously.

On the other hand, treating secondary pellagra entails dealing with the underlying cause.

Sourcemedicalnewstoday.com
Previous articleEverything You Need to Know About Periungual Warts
Next articleHere are the Reasons Why the Winter Increases Heart Attack Risk

Avoid Eating These Foods Before Working Out

Signs That You May Have Keratitis, an Eye Problem That Can Lead to Blindness

20 Ways to Relax Without Going to the Day Spa