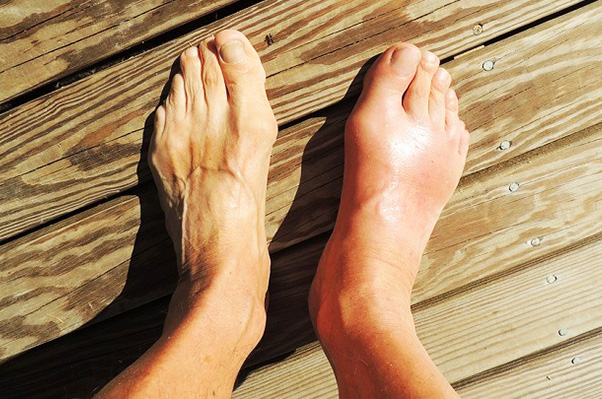 How to Bake Gluten-Free Whoopie Pies

Edema or swelling refers to the abnormal fluid accumulation in the interstitial compartment of the cells, which are usually present under the skin and other body cavities. It is associated by pain and limited movement, which affects the person’s activities of daily living. The following are the causes, signs and symptoms, and home remedies for edema.

Edema may occur due to several causes. According to Mayo Clinic, these include sitting or staying in one position for too long, eating too much salty food, premenstrual signs and symptoms, and pregnancy.

Edema presents various signs and symptoms. As per Mayo Clinic, these include swelling of the tissue under the skin, skin that retains a dimple after being pressed, stretched skin and increased abdominal size. According to the publication, it is best to set an immediate medical consult with a physician if shortness of breath, chest pain, and difficulty breathing are present, since they could be signs of pulmonary edema, a condition that needs immediate treatment.

Edema is usually treated by elevating the affected limb higher than the level of the heart, as well as by administering diuretics, medications that aid the body eliminate excess fluid through urination. If the edema is caused by a certain medication, the physician may adjust the dose or prescribe an alternative medication.

One remedy for edema is apple cider vinegar. According to Top 10 Home Remedies, apple cider vinegar is a well-known remedy when it comes to decreasing the symptoms of the condition. As per the publication, apple cider vinegar is rich in potassium, which reduces fluid retention. Sodium levels cause water to retain in the body, so adding potassium levels counteracts sodium; thus, it reduces fluid accumulation. In addition, the vinegar has anti-inflammatory properties that decrease swelling and pain. To prepare, as per the publication, the person adds one to two teaspoons of raw and unfiltered apple cider vinegar to a glass of water. Then, the mixture is consumed twice a day. An alternative is to soak a towel in a mixture of the vinegar and water (equal amounts). then, the person raps the towel on the affected area for several minutes.

Also Read   How to Get Rid of Cellulite on Your Face

The application of grapefruit oil is another remedy for edema. According to Care2, it boosts the swelling-reduction capacity of warm bath. As per the publication, the person just has to have a bucket of warm water and few drops of grapefruit essential oil are added to it. As an alternative, the person may also mix a few drops of the oil with another oil, such as sweet almond or olive, and use the oil mixture in massage the foot and leg, along with the calves, feet, and ankles. Pressure is applied upward, rather than downward, in a circular fashion.

Another remedy for edema is tea tree oil. According to Home Remedies for You, the oil is a beneficial remedy since it aids soothe the affected body part and reduce pain with its analgesic abilities. As per the publication, the person can apply few drops of tea tree oil to the area using a cotton swab. The oil can also be combined with margosa leaves extract and apply to the body part.

Edema is a painful condition secondary to fluid accumulation and it restricts a person’s daily activities. Thus, it is best to apply corrective measures and if necessary, medical consult from a health professional to ensure adequate assessment, planning, intervention, education, and evaluation.

Beauty Tips for Women in Their 30s