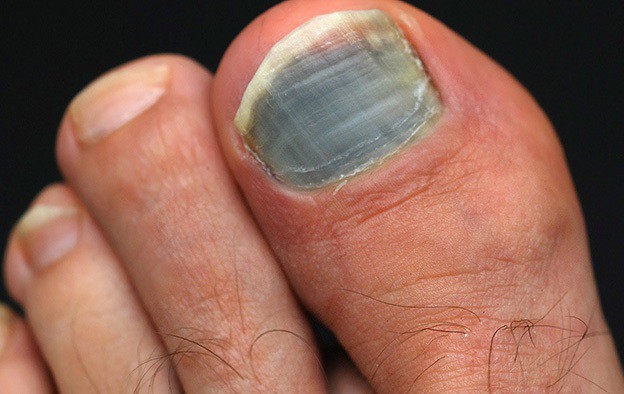 How To Lose Weight As A Family

Having a dead or black toenail can keep you from sporting any footwear that puts your toes in plain sight. Usually, it is brought about by trauma or abuse, although sometimes it may also be due to a fungal infection or melanoma, which is regarded as the most dangerous form of skin cancer. For this article, let us focus on dead toenail that isn’t serious.

Anything that can cause blood to accumulate underneath your toenail can leave the affected toenail dead. In the medical world, such happening is referred to as subungual hematoma. So here are the usual causes:

While it’s true that athletes and fitness buffs are at risk of having a dead toenail, just about anyone can end up with it — especially a person who is clumsy or not careful. If you are into trends and you are willing to put up with the pain of wearing certain types of footwear just to look fashionable, there is a possibility of your toenail going black.

Also Read   The Benefits Of Yoga Meditation To Promote Relaxation

People refer to dead toenail as such because the toenail is black instead of the usual pink. Initially, the color of the affected nail is reddish, purplish or brownish. Eventually, it will become darker and darker until it ends up black. But there are times when the initial color is retained, meaning the toenail doesn’t end up black.

Definitely, there is pain during the early stages of a dead toenail, in particular right after the trauma or abuse to the feet or toes. However, the pain tends to go away on its own after several hours or a few days.

In case the pain does not subside eventually, there’s discharge coming from underneath the affected toenail or a foul odor is coming from it, then it’s important to have it seen by a doctor. Chances are there is an ongoing infection that needs to be treated properly in order to keep it from worsening or spreading.

Unless the cause of a dead or black toenail is a severe injury or infection, the problem usually requires no medical treatment. The pain that is present initially is something that can be eased by applying cold compress, elevating the leg or taking an over-the-counter pain medication.

It is a good idea to have the edges of the dead toenail clipped. Eventually, the affected toenail will fall off on its own and replaced with a new nail. There is really no need to rush the process — although you may have to skip putting on slippers or open-toed shoes for a while if you don’t want the dead toenail to be spotted.

Do take note that although a new toenail will replace the dead or black one, there is a possibility that the new nail is abnormally shaped.

One of the smartest things that you can do in order to save yourself from having a dead toenail is always buy or wear shoes that are appropriate for the size of your feet. If you’re into sports, make sure that you opt for athletic shoes that are specifically designed for the sport you are into, and offer ample support and protection.
Refrain from walking barefoot to avoid having a toe accidentally stubbed or banged against a hard object. Always be careful when carrying a heavy object to keep it from crashing down your toes. Ouch!

Sourceyoutube.com
Previous article
Top 12 Leafy Greens You Should Include in Your Diet More
Next article
The Many Beauty Benefits of Kukui Nut Oil

Recipe for Making Sesame Seed Butter (And Why Consume It, Too)

Herbs for Your First Aid Kit

10 Important Things You Should Know About High Protein Diet

Healthy Diet Tips to Max Out on Fitness