Clues to Health Problems That Can be Found on Your Face 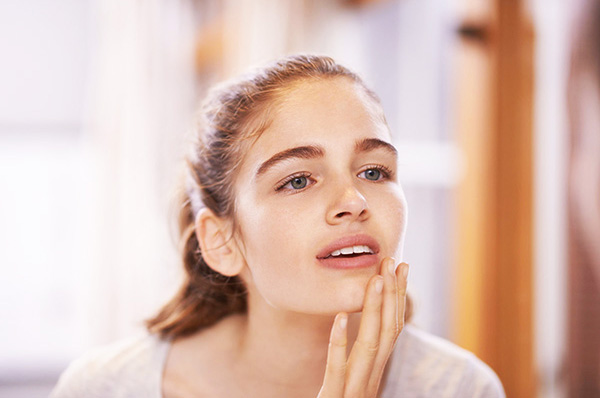 Sneaky Habits That Can Make Your Breasts Sag

What you see on your face can be more than skin deep — whether subtle or obvious, certain changes on your face can actually be used as clues as to what’s probably going on deep inside you. In this article, we will talk about signs of certain health problems that can be seen on your face.

Don’t forget to share this article on your various social media sites so that everyone you care about may know when it’s time to see their doctors based on what they can spot in the mirror.

Having lips that are flaky is usually a telltale sign that you are not consuming enough water. In other words, it is telling you that you are dehydrated.

In some instances, having excessively dry lips is a clue that you are suffering from diabetes. This is especially true if that lip flaking of yours is accompanied by other unusual symptoms such as excessive thirst and a frequent urge go to the bathroom to pee. Medical professionals say that lip dryness may also indicate hypothyroidism.

Too Much Facial Hair

If you are a woman and it seems like you have unwanted hair growing above your upper lips, on the chin and along the jaw line, you may have what’s known as polycystic ovary syndrome. PCOS for short, it is a form of hormonal imbalance among females due to elevated male hormones called androgens.

Other signs and symptoms of PCSO include acne, dark patches of skin, pain in the pelvic area and difficulty being in the family way. Your period may be irregular or absent, too. At times PCOS may cause excessively heavy menstruation.

Yellow Spots on the Eyelids

Do you notice some soft yellow spots on your eyelids or elsewhere around your eyes? You might be at risk of having heart disease, heart attack and stroke, according to doctors.

That’s because those spots you are seeing are actually cholesterol, and in the medical world they are referred to as “xanthelasmata” (singular form is “xanthelasma”). Having these cholesterol-filled growths on the eyelids is a clear indicator that your blood cholesterol levels are beyond what’s regarded as healthy.

It’s not wintertime but your complexion looks pasty. Experts say that looking pale may mean that you are suffering from anemia, a condition in which your blood does not contain enough red blood cells or RBCs.

Your RBCs are the ones that make it possible for oxygen to get from the lungs to the various cells and tissues of your body. Without enough of those oxygen-carrying blood components, you may experience symptoms such as fatigue, shortness of breath, rapid heart rate, dizziness and insomnia.

On the other hand, noticing that you look yellowish is usually an indicator that something is terribly wrong with your liver. But it’s not just your complexion that can appear yellow, but the whites of your eyes, too.

Such yellow discoloration of the skin and whites of the eyes is called jaundice. Doctors explain that it’s due to the collection of bilirubin in the bloodstream, which is a clear sign that the liver is not functioning well. Aside from jaundice, you may also experience itchiness of the skin and you may notice that your pee has an abnormally dark color.

Generally speaking, moles should not leave you feeling bothered. However, the showing up of new ones or changes in the appearance of old ones is something that warrants a trip to the doctor.

Experts say that noticing new moles or changes in the way currently existing ones look may be a sign of skin cancer. It’s a good idea for you to pay your trusted dermatologist a visit ASAP especially if you’re someone who refuses to use sunscreen with an SPF of at least 30, or skin cancer runs in the family.

Drinking Water at the Proper Time

The Significance of Having a Complete and Restful Sleep

How Do I Get Rid Of Ingrown Hairs

What People With Depression Shouldn’t Hear From You