Can Glutathione Reduce or Prevent Pimples and Acne? 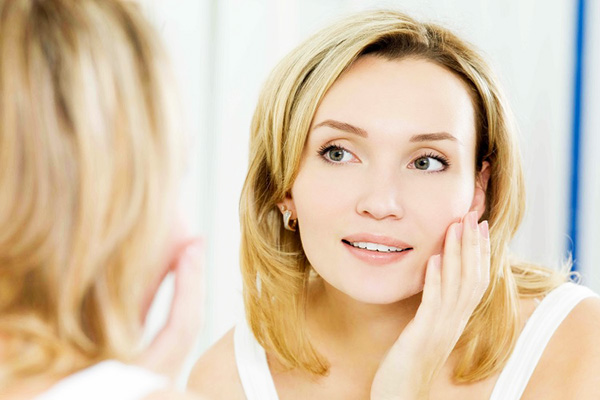 How to Have Gorgeous Hair Even on a Budget

Habits That May Increase Your Risk of Skin Cancer

Glutathione supplements are highly popular these days among those who wish to lighten their skin tone. Did you know that their intake may also help get rid of pimples and acne?

If you have tried just about every anti-pimple and acne product on the current market and still you are unhappy, you might want to give supplementing with glutathione a try.

Below you will learn some of the most important matters you need to know about glutathione supplements, and how they can help reduce or prevent pimples and acne, so don’t you stop reading now!

Did you know that your body is actually capable of making its own glutathione? Unfortunately, today’s living that is full of stress and toxins can easily deplete your body’s glutathione stores.

Glutathione is regarded by the experts as the master antioxidant because it’s the kind of antioxidant that is capable not only of fighting off free radicals, but also recycling already used up antioxidants.

As you can see, it’s of utmost importance to make sure that the body has enough glutathione. This is the reason why many people take glutathione in supplement form.

The Skin is an Organ of Elimination

Exposure to environmental pollutants, poor eating habits and uncontrolled stress can cause poisonous substances to collect within the body, which has its own mechanisms to flush them out.

Are you aware that your skin is an organ of elimination that your body employs to get rid of toxins within? But when there are simply too many unwanted substances to remove, the skin kind of suffers.

It’s one of the reasons why some people are simply more susceptible to pimples and acne. Commonly, their presence is a sign that the body is teeming with toxins that need to be eliminated.

Being a master antioxidant, glutathione is also a powerful zapper of those toxins. And once killed off, they have to be removed from the body, and the skin participates, too, in such removal process.

For most people who take glutathione supplements, pimples and acne may be exacerbated. Some individuals who do not have them may notice break outs upon taking glutathione.

However, experts say that this is something that can be expected. They add that those pimples and acne will soon go away on their own the moment the amount of poisonous substances in the body is reduced.

Even after those pimples and acne have gone away, it’s still a good idea for the intake of glutathione to be continued. It’s for the fact that glutathione can help keep at bay dark-colored scars.

It was mentioned earlier that many people take glutathione to have their skin tone lightened. Well, it’s just a side effect of glutathione, and it’s not really intended for brightening one’s complexion.

Since it has skin-lightening properties, the continued intake of glutathione may help prevent the appearance of dark scars commonly resulting from pimples and acne.

Do you want to take advantage of glutathione’s incredible ability to reduce or prevent pimples and acne but without actually taking it in supplement form?

Also Read   Looking for DIY Beauty Tips? Check This Out

The truth is it’s very much possible to boost the body’s ability to produce its own stash of glutathione. Such can be done by consuming foods that are known to encourage glutathione production.

Organic eggs and meat are some examples of glutathione-producing foods. Cruciferous vegetables like kale, Brussels sprouts and broccoli are others. Experts say that you should also include garlic and onion in the diet.

Have you tried taking glutathione supplements? How was your experience with them? Kindly share your thoughts below so that those who are planning to take glutathione may be able to read them.

Have You Heard About the Dukan Diet?

What Are Some Subtle Relationship “Red Flags” That Are Often Overlooked?