Calluses and Corns Causes and Remedies 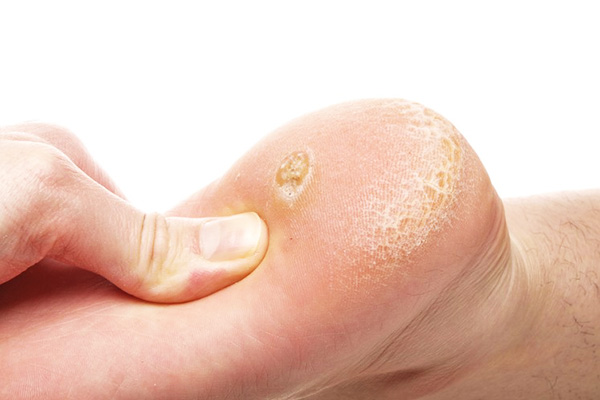 Try This Homemade Shampoo That Combats Dandruff (And Beautifies the Hair, Too!)

The Basics of Going Gluten Free

Calluses and corns refer to thickened skin ares that become painful at times. A callus is bigger and broader than a corn and it has a less defined edge. On the other hand, a corn is a small skin area that has become thickened in relation to pressure on it. It is roughly round in shape and it press into deeper skin layers. Just like calluses, corns can be painful. The following are the causes, signs and symptoms, and home remedies for calluses and corns.

Calluses and corns are usually caused by pressure and friction. According to Web MD, the pressure kills the skin cells, which is followed by the formation of a hard and protective surface. As per the publication, soft corns are formed in the same manner while hard corns form when sweat is confined where the corn develops.

Calluses and corns present several symptoms, such as a bump on the skin, a thick and hard patch of skin, and an area of flaky and dry skin. According to Medicine Net, the person may also feel pain or tenderness in the affected area. As per Medical News Today, additional symptoms include thick and rough skin areas, along with waxy skin. According to the publication, medical consult is vital if a corn or callus becomes inflamed or painful; this concern is raised in people with diabetes, sine they have inadequate blood circulation.

Certain agents like salicyclic acid may be prescribed to treat calluses and corns. However, remedies can also be done at home to help manage the condition.

Also Read   Home Remedies for Rash on the Knee Pits

Two remedies for calluses and corns are onion and vinegar. According to Reader’s Digest, the person just pours white vinegar over a slice of white onion in a glass container and leaves the container in a warm place during the day, then covers the corn with the onion before the person goes to bed. A bandage may be used to hold the agent in place while sleeping. The treatment can be done every night until the corn may be removed in the morning.

As per Reader’s Digest, lemon can also be used as remedy for calluses and corns. Lemon, just like vinegar, is a mild form of acid, which helps soften and remove the dead skin cells. To prepare, the person cuts a lemon peel slice about an inch long and the width of the toe. The peel is placed over the corn and is secured with a bandage and covered with a white cotton sock overnight. The remedy can be done every night until the corn disappears.

Baking soda also acts as remedy for calluses and corns. As per Top 10 Home Remedies, it acts as a natural exfoliating agent that helps eliminate the dead skin that covers the corn; this way, it helps the skin recover. To prepare, as per the publication, the person adds two to three tablespoons of baking soda to a basin of warm water. Then, the feet are soaked in the solution for ten to 15 minutes and the affected area is rubbed with a pumice stone to remove the dead skin.

Another remedy for calluses and corns is aspirin. According to Best Health Magazine, aspirin, also known as salicylic acid, can be used into a corn-softening agent. As per the publication, the person crushes five aspirin until they become fine powder, which is mixed with a half teaspoon of lemon juice and half teaspoon of water. Then, the paste is applied onto the thickened skin and is circled with a piece of plastic wrap and then with a heated towel. After ten minutes, the covers are removed and the loosened skin is mildly scrubbed with a pumice stone.

Calluses and corns may be unsightly and uncomfortable. Thus, it is important to seek medical consult from a physician for adequate assessment, planning, intervention, health education, and evaluation of outcomes.

Sourcereadanddigest.com
Previous articleHow to Make Your Own Vegetarian Power Bowls
Next articleSigns and Symptoms of Hormonal Imbalance

Drop Excess Pounds and Enjoy Other Benefits, Too, With Chinese Sweet Leaf Tea

What You Should Know About Gray Hair!