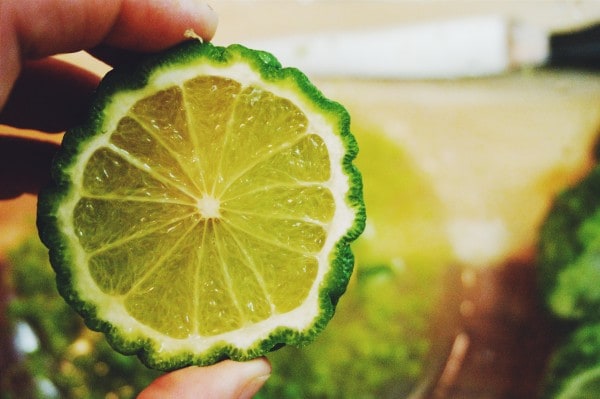 Lessen Your Back Pain with These Tips

Citrus hystrix, more popularly known as kaffir lime is native in several  Asian countries including Thailand, Indonesia, and the Philippines. Kaffir lime is used in the preparation of many regional dishes as it features a uniquely tart and fresh flavor. It is also being used as an herbal medication due to the many vitamins and minerals that it contains. All of the organic nutrients found in kaffir lime are beneficial as they all work together in improving the human body’s crucial functions.

The strong aroma and flavor of the kaffir lime are attributed to the high levels of compounds such as citronellol, alkaloids, limonene, and nerol among many others. Aside from the external qualities of kaffir lime that makes it a crucial ingredient in most Asian dishes, it also boasts health benefits.

You may use kaffir lime leaves to promote oral health, as rubbing the leaves against the gums has been proven to help in reducing the amount of harmful bacteria that may have accumulated in the oral region. It is due to this benefit that kaffir lime is being combined as one of the ingredients for organic toothpaste as well as mouthwash to improve both oral and gum health.

The oil extracted from kaffir lime leaves is used in combination with other natural ingredients to form decoctions indicated for individuals suffering from blood-borne diseases. The volatile compounds found in kaffir lime oil effectively get rid of disease-causing microorganisms that may have infected the blood. These compounds also help the lymphatic system and the liver in eliminating toxic substances to improve overall health.

A few of the beneficial compounds in kaffir lime are also present in lemongrass and similar herbal plants. These organic ingredients feature anti-inflammatory properties with a secondary function of digestive system stimulation. If you are suffering from gastrointestinal issues such as indigestion and constipation, there are kaffir lime decoctions that can help clear out the symptoms and get your bowel functions back on track. Efficient digestive function simply translates to the prevention of more serious conditions such as hemorrhoids, gastric ulcers, and even colorectal cancer.

Insect-borne diseases are serious conditions prevalent in countries where kaffir lime is traditionally grown. For this reason, natives have used kaffir lime as an ingredient to repel disease-causing insects. The main compounds found in kaffir lime- citronellol and limonene are extremely unappealing to a lot of insects. Lotions and salve that contains kaffir lime juice or oil extract are being applied on the skin which in turn reduces the
risk of being bitten by disease-carrying insects.

Kaffir lime juice and oil extracts are being mixed in many skincare and cosmetic products not only for its amazing, citrus smell but also for its powerful antioxidant properties. The antioxidants found in kaffir lime kill free radicals- byproducts of cellular oxidation. Free radicals proliferation can result in abnormal tissue growth, cell mutation, apoptosis, and even certain types of cancer. The antioxidants found in kaffir lime are proven to slow down the rate by which cells breakdown as evidenced by minimal appearance of age spots, scars, and other blemishes.

Also Read   Different Ways to Use a Blow-Dryer

Inflammatory conditions that cause severe pain and discomfort such as edema, rheumatism, gout, and arthritis can be relieved by simple application and consumption of products that contain kaffir lime. The leaves, juice, and oil extracts of kaffir lime are powerful remedies that lower inflammation. As a topical solution, simply place it on top of the affected area for fast results. Consequently, you may also drink kaffir lime juice and experience the same anti-inflammatory effect. Kaffir lime juice is also indicated among individuals suffering from chronic headache and migraine.

The soothing kaffir lime vapor can relieve you of stress caused by anxiety and other nervous system disorders. Kaffir lime oil extract is a powerful aromatherapy ingredient as its vapors soothe the body and the mind.

The combined antibacterial and antioxidant characteristics of kaffir lime make it a potent immune system booster. Aside from its ability to prevent bacterial infection in its topical form, kaffir lime is proven to aid in preventing the development of gastrointestinal conditions whilst the antioxidant properties improve immune system function.

Due to the potency of the oil extracted from kaffir lime, experts warn of its side effects when ingested without water or other diluting agents. Some of the side effects of consuming kaffir lime oil extract directly are nausea, vomiting, lightheadedness, and dizziness to name a few. Make sure to follow instructions on how to use the oil extract and juice to avoid problems altogether.

The Wonders of Raw Chocolate