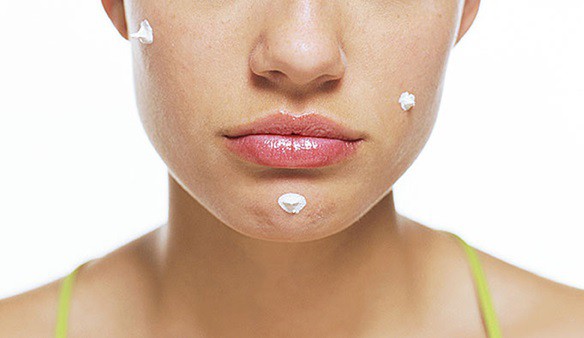 Eyeshadow Basics You Should Know

Whitehead, also known as closed comedo, refers to a blocked sweat or sebaceous skin duct. It may reduce a person’s self-esteem and confidence, since it can be distractive at times, especially during conversation with another person. However, it can be managed through aesthetic treatments and home remedies.

Whiteheads have various causes. According to Health Line, hormonal changes stand as a primary cause of blocked pores. As per the publication, this mechanism is secondary to certain life stages, which include puberty, menstruation, pregnancy, and menopause. These events boost the serum or oil production in the pores; thus, they cause the clogged pores and whiteheads.

Along with the aforementioned cases, whiteheads due to clogged pores may also have an artificial cause. As per the publication, pill intake, such as birth control pills can also heighten hormone levels and lead to acne development in women. Once they halt taking the birth control pills, they may also notice more acne at on point during their menstrual cycles.

Acne has a number of symptoms in general. According to Web MD, it is characterized by persistent and recurrent red spots or swelling on the skin. These may become inflamed and filled with pus and they usually appear on the face, neck, shoulders, chest, or the upper back. Whiteheads appear as tiny white bumps under the skin and they do not have a clear opening. On the other hand, blackheads appear as dark spots with open pores at the center. Sometimes, the person may also have papules, which are red swellings or lumps filled with pus. Also, the lumps or nodules under the skin are usually filled with fluid, inflamed, and tender. Interestingly, they may become as large as an inch when it comes to size.

Also Read   These Beauty Uses of Ginger Root Will Amaze You

The doctor may recommend treatment options, such as chemical peels, light therapy, whitehead injection, and steroids, for whiteheads. However, the following home remedies are also available.

Facial steam or sauna is one of the home remedies for whiteheads. According to Top 10 Home Remedies, this stands as one of the best natural treatments for the condition, since they aid open up the pores and loosen the oil, dirt, and dead skin cell buildup in the pores. This is done by boiling some water in a pan to yield a steam. Next, the heat is turned off and the face is placed over the pan while holding the towel over the head to trap the steam around the face. The steam is allowed to soak into the face for five to eight minutes. Then, the skin is patted dry with a clean towel.

As an alternative, the person can also dip a soft and clean towel in warm water. Next, the excess water is wringed out and is placed on the face. It is left on for a few minutes and is then removed. The procedure is done for two to three times.

Lemon juice is another remedy for whiteheads. According to Natural Remedy Ideas, lemon is rich in vitamin C, along with some agents that rejuvenate the skin faster. As per the publication, one lemon is slice in half and the lemon juice is taken out, along with the lemon skin. The person rubs the lemon skin on the face for several minutes. The procedure is done twice a week.

Whiteheads can also be managed with oatmeal. According to Natural Remedy Ideas, oatmeal plays a role to skin exfoliation. Meaning, it helps remove dead skin cells and bacteria on the face. To prepare, as per the publication, powdered oatmeal is prepared and mixed with a cup of unflavored yogurt. The ingredients are mixed together and the resulting mixture is placed on the skin for about 15 to 20 minutes. Then, the skin is rinsed with warm water, which is followed by cold water to close the pores. The process is done for two times a week.

Sourcetoday.com
Previous article
How to Grow Freckles Naturally and Safely
Next article
Tired and Sleepy? Reach for These Essential Oils to Get Energized!

Surprising Ways the Summer Heat is Ruining Your Skin

How to Put on Make Up

Have Your Best Lipstick Ever in 8 Easy Ways!