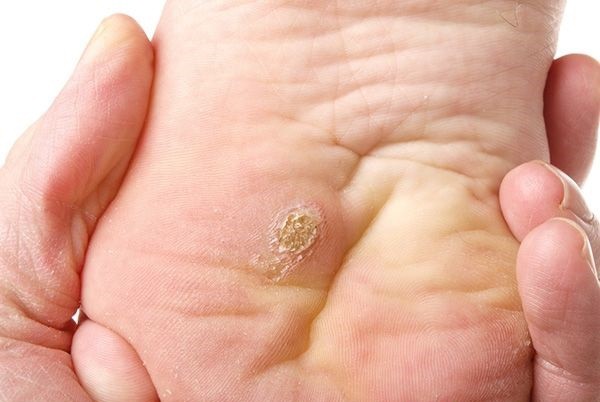 Warts refer to a skin disorder commonly seen at present. They are small, rough, and hard growth, which have the same color with the person’s skin tone. They usually appear on various body parts, but the most common are on the hands and the feet. The bottom of the feet is where the warts may be painful.

Human papillomavirus stands as the most common cause of warts. According to Medical News Today, the virus speeds up the growth of keratin, the hard protein on the topmost layer of the skin. As per the publication, the causative agent can be passed by direct skin contact or via contaminated articles like shoes or towels. In addition, human papillomavirus can also be spread to other body parts via scratching or biting a wart, sucking fingers, biting fingernails, and shaving or face or legs.

Along with the mode of transmission, a person who has moist or damaged skin, which comes into contact with rough surfaces has a boosted chance of acquiring the infection. A case in point is that a person with cuts or scratches on the soles of his feet is more likely to get infected in and around public swimming areas.

As per BMJ Best Practice, warts usually affect children aged five to ten years old, along with young adults, and only 15 percent of the cases happen in patients who are more than 35 years old. Also, the skin condition is more common in people who are immunosuppressed. They include patients with HIV, those who are receiving immunosuppressive medications and chemotherapy, and transplant recipients.

According to Mayo Clinic, warts usually appear on the fingers or hands. As per the publication, they present as small, fleshy, and grainy bumps and they are usually white, pink, or tan in color. They are also rough to touch and sometimes, they are seen with black pinpoints because of small and clotted blood vessels.

As per the publication, it is vital to seek medical consult from a health professional if the growth becomes painful and its color and appearance changes; persist, spread or recur; affect the activities or daily living; and if it is uncertain if the growths are actually warts.

While pharmacological treatment is part of warts management, home remedies can also be done.

According to Best Health Magazine, a small piece of duct tape can be used to cover the wart. The person cuts a piece of the tape that is enough to cover the wart and he leaves it on for six days. After six days, the tape is taken off and the area is soaked in water for a few minutes. After that, a disposable emery board or a pumice stone can be used to file down the dead and thick skin. The wart is left uncovered overnight and another patch is applied in the morning. The process is done until the skin becomes wart-free.

Apple cider vinegar or ACV is another agent for warts removal. According to Top 10 Home Remedies, the vinegar also possesses antibacterial, antiviral, and antifungal properties. As per the publication, two parts of apple cider vinegar are diluted in one part water. Then, the resulting solution is applied on the affected area with a clean cotton ball. Once done, the area is covered with a bandage or tape. The procedure is done for a few weeks. It should be noted that the warts will begin turning black within a few days and then will fall off, leaving a mark that will disappear.

Also Read   How Do I Get Rid Of Ingrown Hairs

Warts are not as serious as tuberculosis, heart disease, and cancer. However, it also deserves proper assessment and treatment to promote the person’s total health and well-being.

Sourcepinterest.com
Previous articleVarious Health Benefits Offered by Coleus
Next articleWhat Will Happen to Your Body If You Eat Salmon Every Night?

Foolproof Ways of Detoxing Your Hair

Hair Loss and How to Treat It

A Guide to a Raw Food Diet

How to Achieve Glowing Skin in Less than a Week