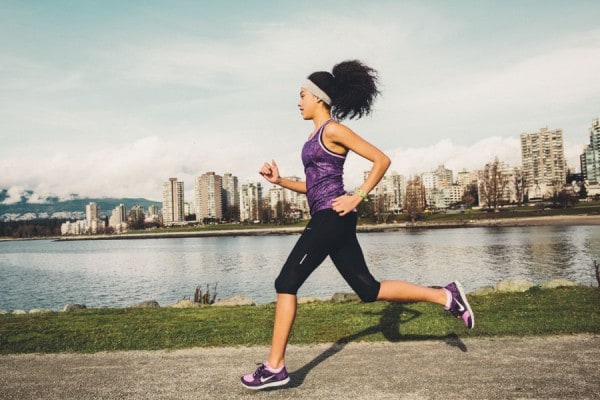 Why Women Can Benefit Tremendously From Ashwagandha

Natural Remedies to Use for Sleep Disorders

Almost all of those who run think that to be great and faster when racing or jogging, they just need to be running more by sticking to a great workout routine with an efficient design. That’s correct in a way. But there’s more to it. There’s another half that people tend to forget. There should be parallel workout routine done alternately with running. It should be resistance-based. So if runners want to get better and break personal records with their running, working out in the gym is required.

If those who run really want to see big and positive changes in their running, lifting in the gym is one of the main ingredients for it.

Heavy lifting’s Advantages for Those Who Run

In a systematic review done in 2014, it was discovered that an intense weightlifting regimen based on maximizing one’s strength is not only the best course to follow for maximizing one’s overall energy levels, strength and reactions, but it is also the most effective and efficient. So if those who run short and long distances who have almost never hit the gym before, engage themselves in an intense, straightforward, gym-based workout program, there will be a noticeable enhancements in strength and speed in the long run.

There are workout and training models that suggest that doing routines that aim to increase your strength lead to significant improvements in running speed, effort and economy, anaerobic power, neuromuscular efficiency and the ability to raise one’s overall strength level.

Doing workouts that aim to increase strength gives a lot more advantages and benefits than adding vitality and robustness to your physique. A higher level of anaerobic strength and capability translates to the ability of maintaining more intensity for more minutes without being too hard on your respiratory system. Making your neuromuscular functions more efficient aids and quickens the recruitment of important muscle fibers for performance. Having a more economic-friendly running ability translates to expending less energy and effort for running in general. And when you’re faced with the final half-kilometer of a race and your body requires that final oomph, your second wind relies on your body’s ability to generate power.

Also Read   How to Tell If You're Not Getting Enough Phosphorus

Mastering all these abilities means you can run faster over longer distances with the same effort you used to put in.

But even if they know all the advantages they can take from doing routines that aim to increase strength, a lot of people do away with it, citing reasons such as they need to avoid bulking up or even injury. They may have a point but like I said, a well-designed straightforward workout regimen for those who run makes those points all moot.

When one runs a lot more than he or she lifts weights, it’s almost impossible for him or her to bulk up. Physiologically, the way the body adapts when running has an effect on the changes the body undergoes when strength training. And this makes developing muscles as hard as cutting down a redwood with a bread knife. And the development of muscles isn’t the aim anyway.

Here are five important things to keep in mind when doing routines that aim to increase strength.

1. You should do the routines that aim to increase strength the whole year, but you need to dial it way down during race season.

You can work on expanding and improving your aerobic capability during race season and emphasize on increasing overall strength the rest of the year. There is more importance in establishing a good and stable foundation of strength and mobility with weightlifting than any other thing you can think of during this period. Just lessen the intensity and frequency during race season to make sure you don’t squander the chance to recover. It may have a negative effect on running itself. You constantly train by running to keep yourself sharp and well-conditioned, in the same manner as you constantly lift to make sure your physique maintains its strength year-round. Even a short break of a dozen or so days can lead your body to become weaker.

2. You should pick out workout routines that are much better for your body’s function.

Not all workouts are the same. For those who love to run, some routines like squats and deadlifts cause the levels of body power and neuromuscular function efficiency to go much higher than your garden variety bicep curls. It is highly recommended though that you first check the correct way to perform these workouts as to minimize the chances of straining your muscles or getting injured.

Taking these exercises and modifying them by using only one leg can be very helpful when trying to establish a solid base in dynamic stability, which is an essential part in developing economic-friendly running.

3. You should perform the workouts with specific sets and reps.

For those new to the gym, when one says repetitions, or reps, it means how many times you do the movement of the workout. When one mentions sets, it means how many times you do the total reps in groups. So for example, when one says 4 sets of 7 repetitions, it means you’ll be doing seven repetitions, four times, with a short break in between sets. Ideally, setting your repetitions and sets should be based on your goals and the effects you want on your physique. But for runners, they should be more focused on working out with a weight (or weights) that’s enough to make them put in a considerable amount of effort for around five or less repetitions.

Pick out a weight that should make you feel an intense burn in your target muscle group after four or five repetitions. This range of repetitions work best with the squat or deadlift routines. When attempting to do this on one leg, try using lighter weights while increasing your repetitions in the range of eight to twelve. For workouts that aim to stabilize the core, emphasis should be on timing the sets. They should last for about thirty seconds to a minute.

4. You should lift with a ballistic quality.

When lifting, you should perform the movement with an explosion without sacrificing form and technique, no matter the weight. The movement has to be done with a sudden quickness. Doing this can have an effect on what we call fast-twitching muscular fibers. This practice will aid in the development of your body’s capability to generate power. Remember what we said about that? It can be very useful during the all-important homestretch of a race.

5. You should try jumping, hopping and skipping.

Try frog jumping, squat jumping, bounding, high-tempo high-knee raises. Try all of these forms of plyometrics. For those who don’t know, plyometrics or plyometric exercises are a group of workout routines that are explosive, and all you use is the weight of your own body. Plyometrics are great for reducing the stiffness of muscles, tendons and joints of the legs. As your feet are set in motion when you run, the tendons and muscles of each leg need some elasticity when accomplishing the thousands of foot strikes you need to make to complete the run. The more elastic and the more efficient your muscle and tendon energy is, the more economic-friendly your ability to run becomes.

Sample workout for those who want to run

There are some sample physical training for strength routines that should be done once a week. We don’t recommend doing it one the same day as your practice runs. Emphasize on good form and technique. Make sure you are both effective and safe in the gym.

Facial Exercises That Eliminate the Need for Plastic Surgery

The Relationship Between Law of Attraction and Spiritual Wellness

Habits that Hurt the Kidneys