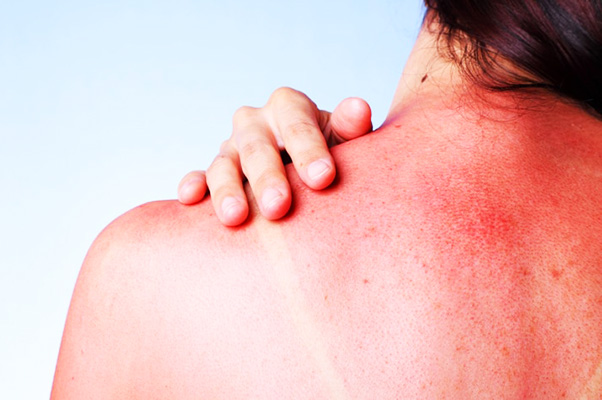 A burn is a kind of injury to the skin or other tissues. It may involve a severe skin damage, which leads to the death of the affected skin cells. Once managed, it may affect how the skin looks, which then affects a person’s overall appearance. Some burns are severe in nature, which leads to ineffective airway clearance, cessation of vital organ functions, and eventually, death.

Burns have several causes. According to Mayo Clinic, potential causes include fire, hot liquid or steam, hot metal or glass, electrical currents, radiations from x-rays or radiation therapy in cancer treatment, sunlight or ultraviolet light from a tanning bed or sunlamp, and chemicals like gasoline, paint thinner, lye, and strong acids. Sometimes, burns are caused by physical abuse from another person.

The symptoms of burns may vary, depending on the type and severity. According to Web MD, first degree burns are mild and they present reddening of the skin. Second degree burns or partial thickness burns involve the epidermis and the dermis and they present redness, pain, swelling, and blistering. The third degree burn or full thickness burn affect the dermis, as well as deeper tissues. In terms of symptoms, this type of burn is characterized by white, blackened or charred skin. The skin may also be numb at this stage.

While pharmacologic interventions can be done to manage burns, home remedies can also be considered as management for some types of burns.

The application of cold to the burned area helps speed up its recovery. According to Top 10 Home Remedies, the area can be run with cold water for several minutes after seconds of being burned. As per the publication, an alternative is to place a cold compress over the affected area. This can be done every few hours to relieve the discomfort. Ice should not be used, since it can interfere with blood flow via vasoconstriction, which may lead to damage to the surrounding tissues.

Also Read   When is the Best Time to Eat Fruits? On an Empty or Full Stomach?

Honey can also be a remedy for burns. According to Reader’s Digest, the liquid, which is also known as a remedy for sore throat, acts as a natural antibiotic. This way, it helps prevent infection of burned skin areas. In addition, its pH does not support bacterial growth and survival, which means it can eradicate bacteria or infection on the skin after topical application. Moreover, honey also helps cool the burn, manage pain, and promote skin tissue recovery.

Tea also acts as a burn remedy. According to Health How Stuff Works, tea contains tannic acid, which helps absorb heat from the burned area. As per the publication, the person may put two or three bags under a spout of cool water and have the tea in a small bowl. The liquid is mildly dabbed on the burned site. As an option, the person may also make a concoction using three to four bags of tea, along with two cups of fresh mint leaves, and four cups of boiling water. The liquid is strained into a jar and is allowed to cool. Then, the mixture is dabbed on the burned skin with a washcloth or a cotton ball.

To prevent burns, it is important not to leave items cooking on the stove unattended, since children may come closer and eventually get scalded. Pot handles should also be turned toward the rear of the stove. Also, smoke detectors can be checked and their batteries should be changed regularly.

Also Read   Spice Up Your Ponytail

Burn does not share the same nature with tuberculosis and stroke; however, it can be life-threatening, depending on its nature and severity. While mild burns can be managed with medications or home remedies, severe burns should be attended and given medical management.

How Can This Ancient Herb From Greece Restore Health, Beauty, and Even Reverse The Aging Process- Find Out Now!

5 Clever Ways Your Fat Genes Can Be Neutralized