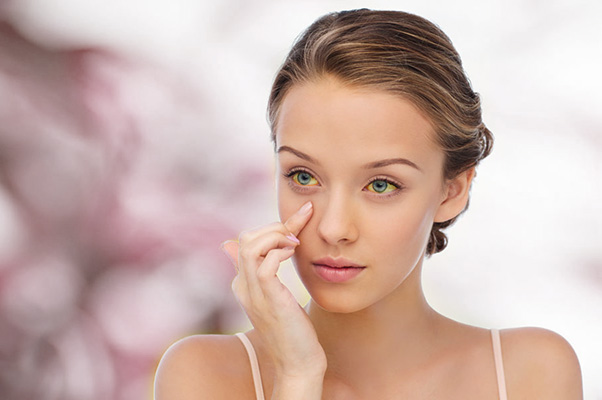 Don’t Throw Those Desiccants Just Yet!

The white part of your eyes is called “sclera”. For some reasons, the sclera can end up looking yellow rather than white. Quite certainly, it’s something that makes the windows to your soul less attractive.

Having yellow eyes is almost always associated with a problem concerning the liver. It is actually a common symptom of liver disease — “jaundice”, which is the yellowing of the skin and sclera. During such circumstance, the only solution to bringing back the natural white color of the eyes is by dealing with the diseased liver.

So what is the reason behind jaundice? Well, the liver does so many important tasks, and one of them is the removal of bilirubin, which is actually red blood cells (RBCs) that have gotten old, died and broken down.

When the liver becomes diseased for whatever reason (hepatitis, excessive intake of alcohol, liver cirrhosis, fatty liver, etc.), it fails to get rid of bilirubin in the bloodstream as it should. As a result, those excess amounts of bilirubin end up in the skin as well as sclera, giving them a yellow color and resulting to jaundice.

Yellowing of the eyes as a result of liver disease is usually accompanied by a few other symptoms, too. Some of them are pain in the abdomen, nausea, vomiting, fatigue, unintended reduction in weight, and yellowing of the skin.

However, it’s not just a problem with the liver that can cause the sclera to appear yellow. For instance, it may also be due to yellow fever (a viral infection spread around by mosquito bites) and leptospirosis (a bacterial infection spread by contact with water contaminated by urine of carrier animals).

Experts say that yellow eyes may also be due to the intake of certain medications. These medications are so potent that they can cause a change in the color of the sclera as they work and collect in the system.

Needless to say, it’s important to be seen by a doctor to have the root cause of the yellowing of the eyes diagnosed, as well as for it to be treated promptly. Then there are also a few home remedies that a person with jaundice may try, of course after informing his or her doctor about its planned use. Some of the best ones include:

One of the simplest home remedy for yellow eyes is the intake of tomato juice, which is packed with antioxidants that can help the liver recover. A little pepper and salt can help boost the drink’s healing properties. The best time to consume tomato juice is first thing in the morning, or at any other time when the stomach is empty.

Another beverage that may be taken on a regular basis to help get rid of the yellow discoloration of the eyes is lemon juice. Again, it’s for the fact that it’s flooded with antioxidants, plus it helps strengthen the immune system.

Someone who is into consuming herbal drinks and has yellow eyes may count on oregano tea. Traditional healers actually use oregano for treating a wide variety of health problems, including those that involve the liver. The best oregano leaves for making a freshly-brewed cup of jaundice-fighting tea are fresh ones.

The inclusion of radish leaves in the diet can help the diseased liver bounce back, thus getting rid of yellow eyes. It’s also a good idea for radish leaves to be juiced to make sure that its powerful components are extracted.

Last but not least, the intake of sugarcane juice on a daily basis can help make the sclera appear white once again. That’s because sugarcane juice is known to help support the liver’s functioning. What’s more, the sweet-tasting beverage has mild diuretic properties, helping to flush out toxins in the blood including excess bilirubin.

Save Money, Have Gorgeous Hair: How to Make Your Own Leave-In Conditioner

Look Younger by Adding These 7 Foods Into Your Diet