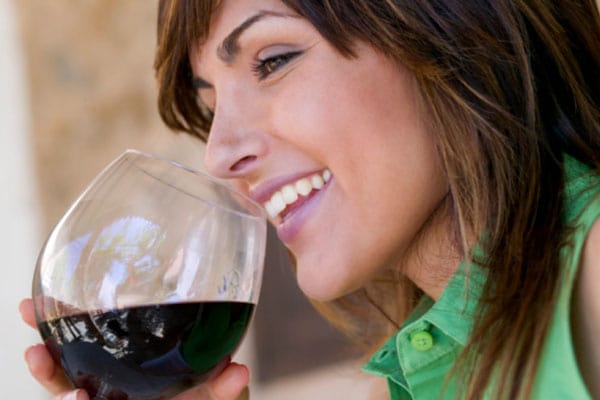 Low-Calorie Midnight Snacks You Should Try

Optimize Training with these Useful Gadgets

How to Prevent Sleep Wrinkles

People have been asking whether or not red wine is good for you. Contradicting reports have been published, which of course doesn’t help one bit. Here’s what we think.

Do you like to unwind with wine after a long tiring shift? In excess, wine or beer or whisky or any kind of alcohol drink can have negative effects on your body, the things you normally do and the relationships you have. But there have been studies that show that when consumed in moderation, wine can be advantageous to your health. However, a few experts are still unconvinced and they still preach how dangerous drinking alcoholic beverages can be. This makes it difficult to get the true score regarding wine and one’s well-being. So about red wine’s effects, everything is still up in the air.

A lot of the positive information about red wine come from its antioxidant properties. Red wine contains a certain polyphenol which is believed to offer protection for cell and tissue alike. This can delay or even prevent the onset of illnesses like cancer and heart disease.

Polyphenol found in red wine mainly originates from the outer layer of a grape. This means as far as wines go, the red ones have a more concentrated mixture of polyphenol than white wines. Georges Halpern, a doctor, PhD and researcher believes that a more concentrated polyphenol mixture can offer more protection for the heart as well as the other parts of the body.

In the last two decades, a lot of scientific reports stated that drinking alcohol, especially red wine, offers protection for the cardiovascular system. When that hypothesis was tested and contradicted in a research conducted in 2014, it made many people uncomfortable. In this particular research, Italians consuming copious amounts polyphenol resveratrol were not protected from either heart disease or cancer.

Also Read   Natural Skin Healers That You Should Try

Now, there are some studies that say red wine not only protects the heart, but it also performs some health-beneficial functions as well.

It protects the body’s cells against specific types of cancer. A study discovered that resveratrol quite possibly could prevent cancer in the head and neck because it exterminates cells that have the potential to become cancerous. Another research concluded that the more concentrated the polyphenol mixture, the lower the risk for developing cancerous cells in the colon.

It slows down memory loss. A few researchers discovered that resveratrol may aid in delaying memory loss as one grows older.

It can protect an individual from dental diseases. Another research concluded that red wine could possibly exterminate harmful bacteria living inside our mouths. This could prevent the accumulation of plaque that leads to cavities and tooth decay.

There have been a few studies that drinking wine could have negative effects.

It can cause specific kinds of cancer. One particular research concluded that consuming wine could lead to breast cancer. Another study suggested that drinking alcohol in general could lead to cancer in the throats, mouths, livers and bowels of certain individuals.

It can, of course, lead to alcoholism. For certain individuals, the consumption of alcohol itself can make them alcoholics. It’s very common and trying to control the alcoholism and the person may be next to impossible.

Also Read   Foods and Drinks to Have When You Have Tonsillitis

As scientists continue to experiment and look for more information, and as people continue to argue on the subject, we believe that the X factor would be moderation. Anything done too much isn’t good. So drinking alcoholic beverages in moderation could actually be beneficial.

And if you’re not into alcohol that much, red wine can give you similar advantages with way lower alcohol content.

Previous article
The Different Types of Non-Fattening Fats
Next article
What are the “Useless Vitamins”?

The Art of Being Fit

Hacks on How to Hide Your Greasy Hair