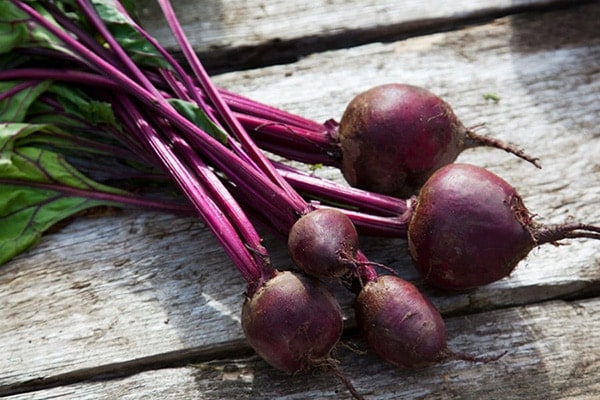 The Flat Stomach No Equipment Workout

10 Surprising Things You Should Know About Deodorant

Beetroot is the taproot part of the beet plant. Also known as red beet, golden beet, garden beet, or table beet, the plant stands as one of the cultivated species of Beta vulgaris. Aside from being a food, beets are also used as food coloring. Moreover, beets are packed with health benefits.

Beets contain vitamins and minerals. According to World’s Healthiest Foods, beets have vitamins B and C. Vitamin B is best for the proper functioning of the nervous system, which includes learning, thinking, sensation, and memory. Beets also contain a vitamin B variant called folate, which is important during pregnancy because it prevents neurodevelopmental issues like neural tube defects. On the other hand, vitamin C helps boost the body’s defenses against infection and illness. Vitamin C also promotes the function of the substance collagen, which acts as cement and binds loosely connected cells and tissues.

In terms of minerals, beets contain manganese, copper, potassium, magnesium, iron, and phosphorus. Manganese and copper both play a role in the growth and development of cells and tissues while potassium counters the fluid retention action of sodium. Potassium also promotes proper muscle contraction and relaxes the muscles of the blood vessels; thus, it prevents hypertension and the development of heart diseases. Magnesium promotes neuromuscular health while phosphorus plays a role in bone health. Meanwhile, iron helps in the oxygenation of cells and tissues.

Beets help suppress inflammation. According to Mercola, beets contain the nutrient betaine, which helps defend cells, enzymes, and proteins from external stress. Betaine also plays a role in fighting inflammation and safeguarding the internal organs, in addition to enhancing the body’s performance. Also, the anti-inflammatory molecules in the plant may unveil cardiovascular benefits in large clinical trials involving human subjects and anti-inflammatory benefits for other systems.

Also Read   Tips to Maintaining a Healthy and Glowing Skin

Beets can prevent cancer. According to Organic Facts, studies have shown that beets can prevent some cancer types like colon, lung, and skin cancer. As per the publication, the agent responsible for cancer prevention is the pigment betacyanins, which oppose the growth of cancerous cells. In addition, beet juice block the mode of action of nitrates, which are used to preserve meats; nitrates increase the chance of developing cancer by activating the production of nitrosamine compounds in the body. Also, beets contain fiber, which acts as sweep to help eliminate toxins and harmful substances from the body. This way, agents that lead to cancer are removed.

To prepare, as per the publication, a medium saucepan is heated over medium-high heat. Then, oil is poured in while the onion and garlic are sauteed until they become translucent. Next, the cumin seed is mixed in and sauteed for an additional two minutes. After that, flour is sprinkled and sauteed for a minute more. Once done, the beets, tomatoes, salt, and water are stirred in. The heat is reduce to low and the pan is covered with lid. The dish is allowed to simmer for 30 to 45 minutes, until the beets become tender.

Overall, beets are nutritious that they can be added to various meal recipes. This way, it helps promote the person’s total health and well-being.

Sourcecanadianliving.com
Previous article
Make Your Own Organic Apple Cider Vinegar Using This Simple Recipe
Next article
5 Ways to Use Activated Charcoal for Beauty

How Much Hair Product Do I Need

How to Layer Acids in Your Skincare Routine

Stop Watching TV While Eating and These Things Will Happen

The Best Food Items to Speed Up Weight Loss