Have You Heard About Birch Sap and Its Amazing Beauty Benefits? 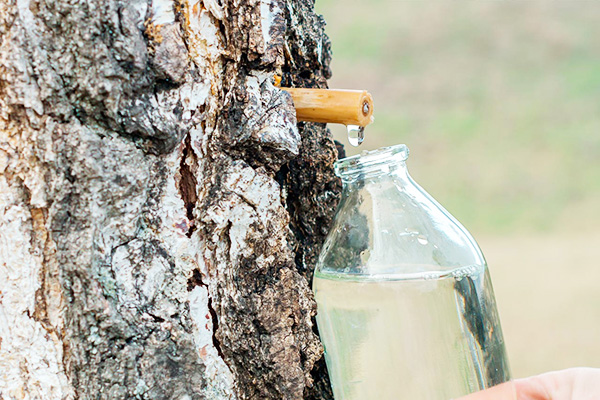 How to Keep Your Nail Polish from Chipping

Important Tips to Consider on a Keto Diet

Birch sap, just like what the name says, is sap from birch trees. It is also sometimes referred to as birch water. There are so many health benefits associated with the intake of birch sap, but this article will focus on a completely different side of this healthy liquid — the various beauty perks it offers.

Despite of what it’s called, birch sap is not as sticky any other sap. It has a pleasant taste, too. Actually, many compare its taste to that of coconut water. And just like coconut water, birch sap is super healthy. Scientists say that it is loaded with antioxidants, amino acids, vitamins and minerals.

Commonly, birch sap is consumed by mouth in order for its many health benefits to be enjoyed. Some of them include reduction in bad cholesterol levels and detoxification of the liver. Others, however, prefer to take advantage of the beauty perks that birch sap is known to offer. Some of the most amazing ones include:

When applied on the skin, birch sap creates a barrier that prevents the skin cells from becoming parched. As a result, some very common beauty issues related to dryness can be dealt with, such as flaking, scaling and itchiness. Hydration offered by birch sap also helps keep fine lines and wrinkles at bay.

Also Read   The Benefits of a Proper Colon Cleanse

As mentioned earlier, birch sap contains amino acids. Because amino acids are the building blocks of protein, they are greatly needed by the skin for repair and maintenance. It’s exactly for this reason why there are many anti-aging creams and serums out there that contain birch sap, and they’re also some of the most effective ones.

One more reason why birch sap is a common anti-aging ingredient is the fact that it contains loads of antioxidants that neutralize free radicals that damage healthy skin cells. With regular use, the aging process of the skin can be delayed considerably, plus it can also improve already existing aging signs.

Birch sap is also admired for its ability to get rid of blotchy skin as it has the ability to address pigmentation issues. Needless to say, it’s something that you may use for eliminating dark areas of the body, such as the knees and elbows. A lot of women also use birch sap in dealing with freckles and age spots.

Other than for solving a number of skin problems, birch sap is also very good at boosting hair growth. That’s because it is capable of stimulating the hair follicles. It’s exactly for this reason why birch sap commonly appeals to individuals who are suffering from baldness and hair thinning, and also those who just want longer hair faster.

Have you already tried using birch sap for solving a beauty concern? If so, feel free to share your experiences with it in the comments section below so that others may give it a try, too!

Also Read   Ways to Lose Face Fat
Sourceasu.lt
Previous articleSurprising Things That Can Weaken Your Immune System
Next articleEssential Oils that Help Control Oiliness (And How to Use Them)

Easiest Nail Art Hacks that You Can Try

Keep Aging at a StandStill

Skin Care Tips for Babies and Kids for the Summer