Frozen Shoulder: Everything You Need to Know About It 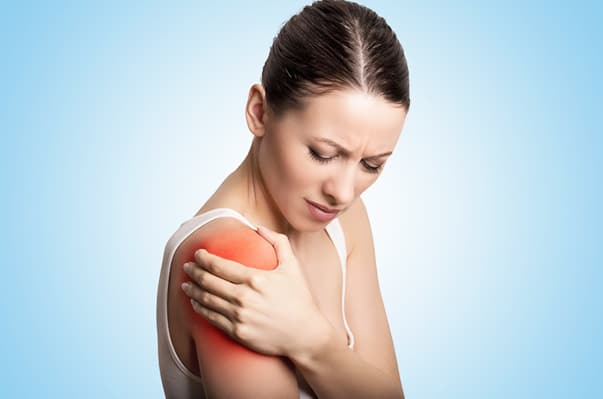 No, frozen shoulder is not a problem that you may end up with for repeatedly watching that animated movie about a queen with the ability to manipulate both ice and snow. Rather it is something that you may encounter if you have a medical condition that is keeping you from moving your shoulder joint on a regular basis.

If your shoulder seems to be achy, stiff and swollen right now, then keep on reading because what you are having may be the one discussed below. But of course none of the things in this article should be mistaken for medical advice. The problem you are facing should be seen by a doctor.

Just like what the name says, frozen shoulder is something that can cause your shoulder joint to become stiff. It’s not just the stiffness that can keep you from moving it, but also pain.

According to health authorities, frozen shoulder does not simply show up one day. So in other words, it’s a joint issue that gradually develops. In fact, its development is separated into three different stages: freezing stage, frozen stage and thawing stage. Here are some of the most important details about each stage:

The range of motion of your shoulder joint begins to become limited because of pain present each time you move it.

The affected shoulder becomes a lot stiffer than before, and that is why it can be difficult to move it. However, there is a marked decrease in pain.

The normal range of motion of your shoulder joint gradually improves, which means that the normal functioning is slowly restored.

Just like what’s mentioned earlier, the signs and symptoms of frozen shoulder shows up gradually. The three different stages above usually take place in a span of one to three years, experts say.

In your shoulder joint there is a capsule that consists of connective tissue. It is when the said capsule becomes thick and tight that frozen shoulder comes into being. It’s for this reason exactly why in the medical community frozen shoulder is oftentimes referred to as adhesive caspulitis.

Some people are considered as at high risk of ending up with frozen shoulder. They include:

Most of the time, treating frozen shoulder is geared towards keeping pain to a minimum most especially during the onset, which is regarded as the freezing stage. OTC painkilling drugs may be taken in order to keep pain to a minimum. In some instances wherein the pain experienced is severe, a doctor may recommend the intake of prescription-strength painkilling medication to minimize the symptom.

Also part of the treatment plan is keeping as much of the normal range of motion of the affected shoulder joint intact. It’s not unlikely for a doctor to refer the individual to a physical therapist.

More often than not, frozen shoulder improves anywhere from a year to one and a half years. If such fails to happen, a doctor may recommend steroid injections to reduce pain as well as stiffness. In rare instances, surgery may be warranted especially if there are scar tissues and adhesions present in the affected shoulder joint.

Hot Vs Cold Food: Which is Better for a Sore Throat?

The Many Health Benefits Of Meditation

The Wonders of Ginseng

Skin Looking Dull? Liven It Up With This Kitchen Staple