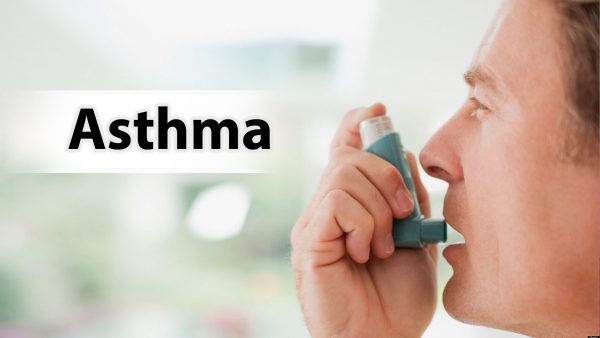 Asthma is not new to us. We most likely know a person or two who have suffered from it. Perhaps, a few of us here have it. The American College of Allergy, Asthma and Immunology says that in America only, there are about 26 million Americans who suffer from it. Also, as oppose to what most people think, it does not only affect children. Asthma is experienced by both children and adults, and the condition may be acute or chronic.

Asthma affects our respiratory system. It is characterized by tightening and inflammation of the bronchial tubes. When not enough air enters the lungs, asthma attacks happen. Up to this day,it is still unclear what causes asthma, but trends show that some factors increase the risk of getting the disease such as heredity, allergies, obesity, and smoking. Asthma attacks may also be triggered by air pollution, allergies, cold air, respiratory infections, humidity, extreme feelings or emotions, stress and exhaustion, physical activity, food preservatives, and even some medications.

Signs and symptoms of asthma include the following: constricted breathing especially when exhaling and difficulty in breathing, coughing, shortness of breath, and tightening of the chest. As mentioned, it can be acute or chronic, and the symptoms shown can be minor to serious and even critical to life.

The symptoms can be managed and avoided through changes in lifestyle including diet and exercise. You may also make use of natural ways to both prevent and treat attacks. There are actually several medicinal plants that are used especially for asthma attacks.

Here are the top 10 herbs for treatment of asthma:

Oregano is one of the most popular herb for treating asthma because of mainly its anti-inflammatory properties. When the respiratory tract and bronchial tubes are infected, oregano can be taken to provide relief. It is also a potent cure for asthma due to its carvacrol, flavonoids, and terpenes contents that are capable of cleansing the lungs.

Put about 3 tsp. of oregano into a cup of hot water. Let it soak for 5 to 15 minutes before straining. Since the oregano’s taste can be very strong, you can add honey before drinking it. When you are suffering from an attack, you can drink as much as 3 cups every day. Another way to take this herb is in the form of juice. You can extract 1 tbsp.of juice from fresh leaves and drink about 3 times a day as well. This will especially help control and cease the coughs.

Also Read   For Beauty's Sake: Would You Rub Raw Beef on Your Face?

Along with oregano, another popular herb for asthma cure is ginger. Like oregano, it also has anti-inflammatory properties that reduce inflammation of airway and allowing passage to ease the breathing. Ginger also contains compounds that help loosen muscle tissue in the airways, as suggested by one study presented at the American Thoraic Society 2013 International Conference. Further studies are still encouraged as evidence may still be insufficient, but where’s the harm in trying the superpower of this herb, right?

You can make your own ginger tea by adding chopped ginger that is sized about an inch to a boiling hot water. Let it sit in for 10 minutes before straining and drinking. Recommended dose is 2 to 3 cups daily. Another way of taking ginger is by mixing ginger juice, pomegranate juice, and honey altogether, in equal parts. The consistency is rather sticky unlike juice. You can have 1 tbsp of this mixture 2 to 3 times every day. There are also supplements that are sold in different stores, but it’s best if you will check whether your physician will approve or not.

Turmeric has also been a well-known choice for treating several allergies, but it is also an effective herb to prevent asthma attacks. One powerful element that it contains is the curcumin, which is known to be anti-inflammatory and antioxidant. It may help fight symptoms and even restrict them. Turmeric powder has been widely available. You can mix a tsp.in 1 cup of milk for boiling. Once it cools, you can drink it and take it twice every day. The active ingredient curcumin also comes in supplements, but you should consult the doctor first.

The anti-inflammatory and antihistamine properties of gingko biloba make it a powerful asthma treatment. This has already been proven by several studies, one of which is the one published in the Journal of Huazhong University of Science and Technology. According to the study, gingko blocks the inflammatory cells from passing through the airway.

Gingko biloba comes in supplements, but you should seek a health professional’s advice before taking the supplements, especially when you are under specific medications.

Traditional Chinese medicine has long been using garlic to treat asthma. Garlic has anti-inflammatory properties that aids in reducing blockage in the lungs. Ginger also supports our immunity system and combat infections with the help of its antibiotic and antiviral properties. As a result, it is capable of fighting asthma triggers.

The medicinal benefits of lemongrass have long been established, as this has been used in traditional medicine mostly to respiratory diseases. It can help reduce inflammation and combat infections because of its anti-inflammatory, anti fungal, and antibacterial properties. Because it is also a good source of Vitamin C,it helps enhance your immune system.

Put 2 tsp.of dried lemongrass, 1/2 tsp. of grated ginger, and 2 cloves of ginger, and a small cinnamon stick to 2 cups of water. Boil the mixture and leave it for 5 to 10 minutes before straining. Squeeze a bit of lemon juice and honey then drink. When suffering from asthma, you can drink it once a day.

Licorice is another herb that used for treating asthma due to its anti-inflammatory properties. It reduces inflammation of the bronchial tubes, soothe the airways, and support trouble-free breathing. It also boosts the immune system due to its immune-stimulant properties.

Put 2 tsp.of licorice root powder into a cup of boiling water. Cover and let it simmer for 10 minutes. After straining, add honey to make the taste more pleasant and drink it once a day. Licorice supplements are also available in the stores.

However, it is important to note that if you are suffering from diabetes, high blood pressure, kidney disorders, and other adrenal diseases, licorice should not betaken.

Slippery elm also has anti-inflammatory properties resulting to thinning the mucus that blocks the airways. Aside from asthma though, slippery elm can also be useful for bronchitis, coughs, and sore throats.

Ass 2 tsp.of the inner bark of slipper elm to 2 cups of boiling water. Put a lid or cover and leave it on for 5 minutes. Straining then add honey as desired to mellow down the strong taste. Drink this tea twice a day. Alternatively, you can take slippery elm lozenges that found in the stores to soothe the inflammation of the bronchial tubes. If you are pregnant or breastfeeding, taking slipper elm is highly discouraged.

For allergies caused by asthma, the stinging nettle isan effective cure because ofits natural antihistamines and anti-inflammatory contents. These elements help soothe blocked bronchial and nasal airways to avoid further symptoms. Furthermore, your immune system and metabolism will also be enhanced because of its butyric acid content.

Mix 1 tbsp.of dried stinging nettle roots and/or leaves to 1 cup of hot water. Water and let it sit in for 5 minutes before straining. Drink it while you add honey as you like for about 3 times a day when suffering from asthma attacks. Supplements can also betaken upon doctor’s recommendation. The stinging nettle may also not be suitable for young children and pregnant women.

Bishop’s weed maybe a less popular herb, but it is definitely something that you should check out. Also known as carom seeds or aiwan, the bishop’s weed hinders asthma attacks by exerting a robust antispasmodic effect on the affected bronchioles, easing the symptoms. This herb is also helpful in treatment of bronchitis, emphysema, coughs, and other cardiovascular diseases. For asthma treatment, the seeds are used.

Combine 1 tsp.of bishop weed and 1 tsp. of jaggery, and take this twice a day. Another way to consume this is by chewing some roasted seeds with water.

Aside from including these herbs in our diet, here are other ways on how you can prevent asthma attacks and treat it.

•Identify the factors that usually trigger your asthma, and make sure that you avoid them at all cost.

•Stayawayfrom processed foods and those with so much additives, refined carbohydrates, fried food, and artificial sweeteners.

•Eatfood that are a good source of Vitamin B12.

•Eatfood that have antioxidants to release free radicals that trigger inflammation.

•Incorporate exercise such as aerobic, yoga, stretching, and even resistance training. It’s not true that you should avoid physical activities if suffering from asthma.

•Avoid exercising in cold and dry air, and make sure that you warmup before working out to avoid shocking your body.

•Maintain optimal humidity levels. Use a dehumidifier if necessary.

•Clean your home at least once a week, but make sure you cover your mouth with a maskto avoid dust and dirt.

•If going out in the cold, have your nose and mouth well-covered.

•Avoid smoking and being exposed to cigarette smoke.

•Avoid going to polluted areas and stray away from other common allergens.

10 Easy Ways to Wake Up Slimmer

What a Glass of Carrot Juice Can Do For Your Body