Spices that Rev Up Your Calorie Burn 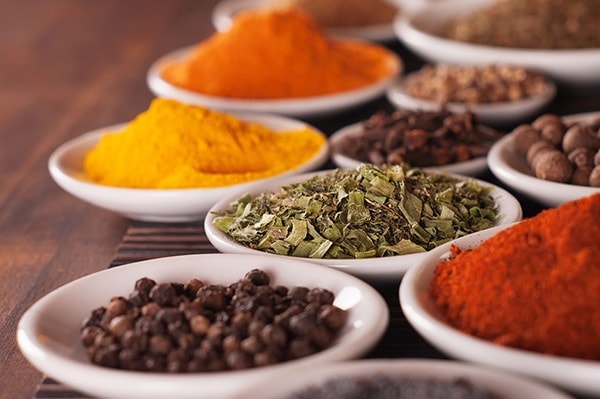 Have you ever wondered how will you be able to speed up your metabolism? In this day and age, most of us live a sedentary life. This is not surprising given the fact that we are often hooked in technology that we simply spend most of the day sitting in front of the computer or the TV. Well, it is high time that we take stock of our health and start paying attention to our body especially when you want to keep diseases at bay.

Although there is no miracle treatment to helping you lose weight fast, it is still possible to give your metabolism a boost so that it will constantly burn those stubborn fats on your body to provide you with energy and that is by using more spices in your meals. Here are some examples of spices that are found to be useful when it comes to speeding up your metabolism.

Red Pepper. Adding red pepper or salsa to your diet is actually a good thing since it can cut up to 70 calories to your meal. What’s more, eating red pepper can also cut back your cravings for something sweet which means you’ll eat fewer calories in the process as well. The capsaicin present in red pepper is the one responsible for giving the kick in the pepper which increases your body temperature thus causing you to burn more calories in the process.

Cumin. Another spice that is believed to increase one’s metabolism is cumin. Adding this to curry blends will get you the kick that it comes with not to mention its metabolism booster too. Another plus to adding cumin is that it contains iron which can increase your energy levels. This means that you will have more energy to work out to lose weight. The iron in this spice can prevent iron deficiency which is one of the leading causes of fatigue.

Cinnamon. Cinnamon is known to add a dash of sweetness to your dish but this aromatic spice can do more than that. As a matter of fact, cinnamon is one of the best spices that can help increase your metabolism. What it does is that it processes carbohydrates faster so that your insulin level will stabilize. This also means that you will less likely store fat in your body.

Turmeric. What’s great about turmeric is that it can increase your metabolism in short bursts after consuming it. It is also a good choice if you want to keep your weight down especially after an intial amount has been lost.

Ginger. Ginger is also a useful spice in terms of revving up your metabolism as it is known to speed up the digestive process. This removes any buildup in the digestive system so you won’t have to worry about gas or bloat. Drinking hot ginger has also been found to increase satiety which can minimize your consumption of food during meals.

The Best Facial Cleansers According To Your Skin Type