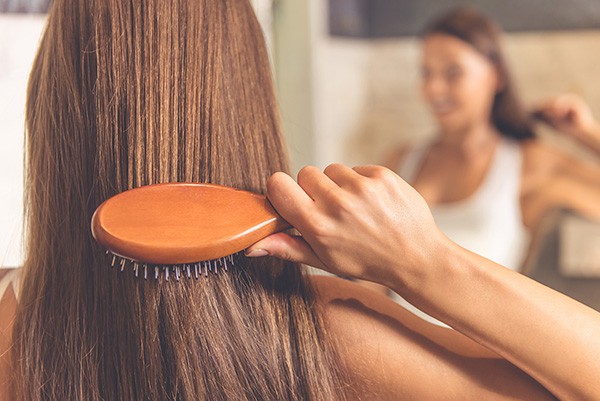 Cinnamon Can Give You Gorgeous Hair in Various Ways

Hair loss is one of the growing concerns for some people. It does not only affect one’s physical appearance, but it also reduces one’s self esteem.

Hair loss has a number of causes. According to Mayo Clinic, the condition can be due to hormonal changes. As per the publication, imbalances in hormonal levels can lead to temporary hair loss. Factors affecting changes in hormonal levels include childbirth, pregnancy, or menaopause onset. In addition, hormonal levels also change if the thyroid gland is not healthy.

Another cause f hair loss are scalp infections. A case in point is ringworm, which can invade the scalp hair and skin. This results to scaly patches and hair loss. However, hair usually grows back once the infection is treated. Conversely, alopecia areata, a type of non-scarring hair loss, happens when the body’s immune system attacks the hair follicles. As a result, the person experiences sudden hair loss, which is accompanied by smooth and round bald patches on the skin.

Along with the aforementioned conditions, another condition is also associated with hair loss, trichotillomania. It is a condition that causes people to have an urge to pull out the hair from the scalp, eyebrows, or other body areas.

As per the publication, the exact root of hair loss may be vague, but factors like genetics, hormonal changes, medication, and certain medical conditions should be considered.

While medical treatment is available to combat hair loss, these natural hair growth enhances can also be used as remedies to the condition.

One remedy for hair loss is olive oil. According to Top 10 Home Remedies, the oil adds volume to the hair, in addition to its ability to soften and strengthen it. As per the publication, the person massages his scalp with olive oil and leaves it on for 30 minutes. Then, he rinses it out thoroughly and washes it using a mild shampoo. The oil may be left overnight and the hair is shampooed the next morning. As an alternative, olive oil can be mixed with honey and the mixture is applied on the hair. The mixture is left on for at least 30 minutes, before it is washed. The procedures are done once or twice a week.

Also Read   7 Reasons Why Red Wine is Good for You

Egg is another remedy for hair loss, since it is protein rich. Among the macronutrients, protein is the one responsible for cellular and tissue growth and repair. Thus, it is capable of rebuilding skin tissue, which includes hair. According to NLDA, two large eggs are beaten in a bowl. Then, the egg is applied over the dry hair and is left on for at least 20 minutes. After that, the hair is rinsed and shampooed to remove the odor of the egg from the hair. The remedy is done at least four times a week for best results.

Onion is not only a kitchen ingredient; it also acts as a hair loss remedy. According to Find Home Remedy, onion contains sulfur, which is known as a healing agent. Also, it stimulates hair growth. As per the publication, an onion is sliced into half. Then, it is rubbed on the scalp daily and is left on for few hours. Grated onions can also be used; the extract is obtained and is massaged onto the scalp. The procedure is done twice a day.

Hair loss does not have the same severity and seriousness as tuberculosis or cancer. However, it does reduce a person’s self-esteem to a certain degree. Thus, medical consult should be done for proper assessment, planning, and implementation.

Sourceorganicauthority.com
Previous article5 Carbohydrate-Rich Foods to Add to Your Diet
Next article6 Best Beauty Tips to Keep in Mind

Getting “In the Zone”

Should You Buy and Apply MSM Cream to Look Beautiful?